I am greatly honored to introduce you to a stellar group of women and men – your hosts for the Virtual Book Tour for Women, Motorcycles and the Road to Empowerment.

Most, but not all, ride motorcycles. Each brings a fresh perspective on the message of the book – that the lessons on our life’s journey can awaken us to our strengths, a greater self-awareness and incredible enrichment and fulfillment. The Road to Empowerment can take you around the world or around the block; it always leads back to you.

Thank you to each one who is generously supporting this tour.

Arrangements are still underway for other stops so stay tuned!  The adventure is just beginning. 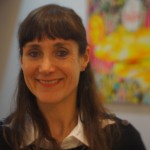 Diana’s work has appeared in The New York Times, The International Herald Tribune, Glamour, beliefnet.com, tabletmag.org, The North American Review, and has been anthologized. She is the First Prize winner of Family Circle Magazine’s 2012 Fiction Contest, and her novel, The Witches’ Secret, was a semi-finalist in Amazon’s 2009 Breakout Novel Award. Her first book, The Invisible Thread: A Portrait of Jewish American Women, (written in collaboration with prize-winning photographer Lori Grinker) was nominated for a National Jewish Book Award.

Diana grew up on Long Island and attendedCornellUniversity. A wanderer who likes the expatriate life, she has lived inParisandRomeand now makes her home in a small beach village on the Mediterranean Sea in northernIsraelwhere she and her husband raised six children and an unofficially adopted daughter fromEthiopia.

In 2009, facing an empty nest and wondering what to do with the rest of her life, Diana took six motorcycle lessons and then took off on her motorcycle – with her husband on his motorcycle – for a 10,431-mile journey from Long Island to Alaska and back again. Her memoir, The Mom Who Took Off On Her Motorcycle, will be published October 5, 2012. 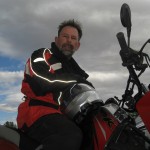 J. Brandon has been exploring the American West and beyond for several decades. He lives in the high desert of Nevada, just east of Lake Tahoe, with enough twisty mountain roads and backcountry trails to keep him busy for another few decades. He rides a well-patinated and lightly farkled Kawasaki KLR650, is working on his dirt skills, and beginning to think about a big South American ride. 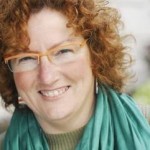 Lisa feels most productive when she catalyzes breakthroughs – one-on-one, with leadership teams, and through her writing. Her professional career has been devoted to enabling development and success through leadership and internal consulting roles, an individual consulting business and her current position as an OD (Organization Development) Practitioner with a world-class health care organization.

Lisa is an expert (and lifelong student) in the areas of organization development, management, leadership, talent management, and personal and organizational success. She has over 25 years experience providing departmental leadership, consulting, training and coaching solutions for manufacturing, health care, high technology, government, and nonprofit organizations.  She’s written 13 business books and speak on a broad range of topics of interest to leaders and managers.

She’s been riding for over 25 years, first out of needing cheap transportation and now for the love of it. 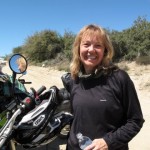 An unexpectedly solo motorcycle trip throughEuropeturned out to be the first of many solo travels all over the world, on often unreliable indigenous motorcycles, among them Urals, Moto Guzzis, Chang Jiangs and Enfields.

Already a writer, Carla began to specialize in motorcycle adventure travel, authoring the Motorcycle Misadventures series of travelogues of real-time journals from the road, articles and books. Her writing has been published in motorcycle magazines and travel anthologies including Wild Writing Women: Stories of World Travel, many editions of Travelers’ Tales anthologies, and In Search of Adventure. Her book, American Borders: Breakdowns in Small Towns All Around the USA, chronicles her journey test riding a Ural sidecar rig for the American market. A story from her upcoming book The China Road Motorcycle Diaries is included in Travelers’ Tales Best Travel Writing 2011: True Stories from Around the World.

As a self-publishing pioneer and expert, Carla helps writers get their books published in all the print and ebook formats for sale in all the online retailers and brick-and-mortar stores.

Don’t let the pink fool you. Deployed to the Middle Eastafter 9/11 and retired from active duty as a contract negotiator in the Air Force in 2003 after 23 years of honorable service, retired Master Sergeant Eldonna Lewis Fernandez is a force to be reckoned with. Trained to survey every room she enters and keep her back to the wall, she reveals the impact of stress and trauma in combating faulty decision-making as she trains women how to re-think and re-direct their energies for higher performance and better bottom-line professional and personal decisions.

With her tagline, Take Control of the Handlebars of Life through the Power of PINK, her PINK signature acronym is Power, Integrity, Negotiation & Knowledge.

Eldonna is the coauthor of the award winning Heart of a Military Woman which is a compilation of stories by, for and about military women, is also a contributing author in Heart of a Woman in Business, inspirational stories for women in business. 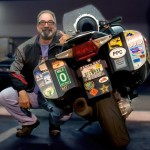 Tom Lowdermilk started riding motorcycles in the summer of 1970 when he and his brother went together on a Benelli mini-bike with red and chrome tank accented gold pin striping. As he rode around a little bumpy track in the back field, in his mind he was riding across the country, visualizing riding past things he’d seen in geography books. He was hooked.

Over the years, he’s ridden many different machines, mostly along the U.S. East Coast. On April 28th 2006 Tom rode out of Orlando Florida aboard a new 2005 BMW R1200RT, aka “The Asphalt Angel”, for the odyssey of his lifetime. While on that trip he experienced the rural life of 40 states and northwest Canada, riding the Alcan Highway to Alaska, then on to Deadhorse / Prudhoe Bay as far north as you can get by road in the U.S. The Arctic coast is very different than the beaches of Daytona! 178 days and 42,656 miles later he returned to Orlando a changed man. (Or as Tom says “Ruined is probably a better word.”) All he ever thinks about is the next trip.

Tom is the founder and host of SideStandUp, — “The World’s Only Motorcycle Radio Road Show” with Tom Lowdermilk & Friends.

“Live to Ride Another Day.”

Susan was born inVancouver,Canada. She is Canadian Public Relations Society Award of Excellence winner, and has more than 20 years’ experience and a passion for excellence in communications.

Susan’s purpose in life is to inspire others, especially women, to find their voice and make it heard personally and professionally. She lived and worked in theUnited Arab Emiratesfor 18 years, and is now a global nomad with no fixed address.

Susan is passionate about freedom, fun and #PINK. You can find her through her websites, Facebook pages and Twitter handles: @AmazingWomen, @SheQuotes, @WhatLifeIsNow, and @FindingPINK. 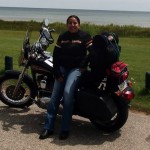 Rania has been riding for thirteen years. She has traveled many parts of theUSas well as, both Mexico and Canada on her motorcycle. She enjoys going on daily rides and taking at least one huge mileage trip a year. She does a lot of videographer work and is now using her skills to put together a documentary on women riders. Even a podcast is in the works for the near future.

Rania has recently joined RockerFox MC, an all women’s riding club, founded to help support women riders who had little support or encouragement in their lives. 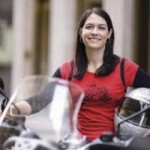 Denise Maple founded VaVaVroom, a women’s motorcycle apparel company, in February 2007. Frustrated by the lack of options in style and fit, Denise has set out to provide female motorcycle enthusiasts with fashionable, functional motorcycle clothing and gear for women of all sizes.

Since 1997, Denise has been a board member of the University of Illinois College of Business Alumni Association. She also donates her time by mentoring Chicago Public School students through Future Founders — a program created to give motivated high-school students in Chicago’s underserved neighborhoods the opportunity to learn about and experience entrepreneurship from some of the city’s most successful entrepreneurs during the school year.

Denise’s motorcycle experience began on the passenger seat of a Harley-Davidson Road King. Looking for a more active role on a motorcycle, she took the Motorcycle Safety Foundation Basic Rider course in 2002. Denise currently rides a BMW R1200GS.

Once a month, she interviews guests on SideStand Up — “The World’s Only Motorcycle Radio Road Show” with Tom Lowdermilk & Friends 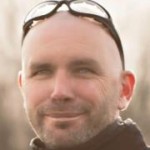 Bud Miller, age 46, took up riding in1998 after his father died suddenly at age 57. He started, primarily as a means to spend more time with his younger brother Dave, who’d been riding since his teens. Dave found him his first bike, patiently taught him to ride and eventually took the Motorcycle Safety Foundation safety course with him (he was “top gun”). They’ve been riding together off and on ever since. There’s not been a time in his life when he needed him that his brother wasn’t there for him so you can imagine what riding together is like.

When he started Commuting Motorcyclist, he really had no idea what direction it would take. As it turns out his focus is on safety, education, training and his daily observations on commuting via motorcycle. His wish is that everyone who stops by reads something that maybe they hadn’t thought of before that helps them ride more safely, avoids trouble and is entertained in the process.

Bud’s a C.A.D. manager/designer/draftsman, I.T. manager and software developer by profession but his passion is riding. He writes a regular blog for RoadRUNNER Magazine. 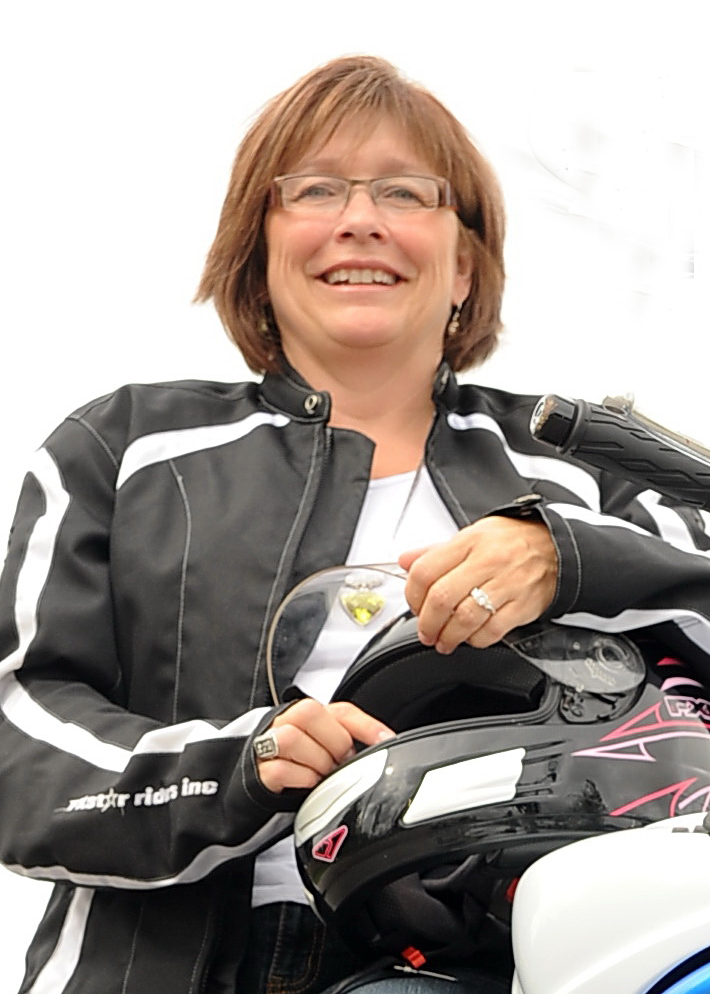 Gwen Roberts and her husband publish Motorcycle Mojo Magazine.  Their family values are reflected in not only their product but in the generous contributions they make to the motorcycling community nationally through their participation in and sponsorship of events.

Gwen began riding at the age of 36 and currently shares  a 2009 Suzuki SFV650 with her daughter. Being in the motorcycle industry allows her to try various models for review. One of her favourite trips as a rider was fromOntariothroughUnited Statesthen up toCapeBreton. As a passenger, her favourite was fromLas VegastoOntarioon the back of a 2012 Gold Wing where they rode through all four seasons in the course of eight days.

She loves traveling the breathtaking roads and scenery throughArizona,UtahandColorado– roads that you really have to experience to believe. One of her favourite stops wasOatman,Arizonawith its friendly burrows awaiting your visit.  Gwen would love to hear about your favourite motorcycle experience.

Founder of Here Women Talk, Kay and her guests navigate the trials, triumphs, and tribulations of everything. 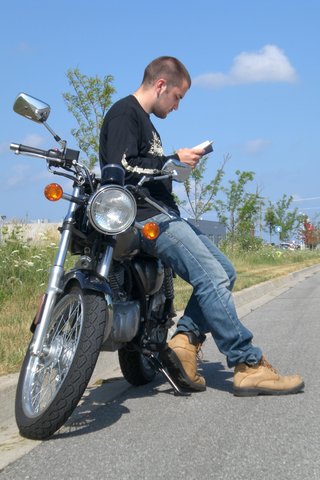 plot of land in a rural area in northernOntario. With seemingly endless trails now in his backyard, he purchased an off-road motorcycle. He first learned to ride with his recently broken thumb in a splint and to this day is more comfortable riding with his right thumb extended rather than gripping the throttle.

As soon as he turned 16, he got his  license and upgraded to a larger bike. After moving south for school,  a careless driver ran a stop sign and collided with him as he was riding through an intersection. He gained three things from this lesson: ironically an unquenchable thirst for motorcycles, his first true motorcycle scar, and just enough insurance money to purchase another bike.

Martin remains an avid rider, a passion he fuels through his work with Motorcycle Mojo Magazine.