Connecting the Dots to South America

Be careful what you put out to the Universe. Never forget that Spirit is always listening and ready to respond. That’s how I find myself planning to ride to South America. Chile. Never in my wildest dreams did I see this one coming, but come it has. Connecting the dots is easier in retrospect than present time. 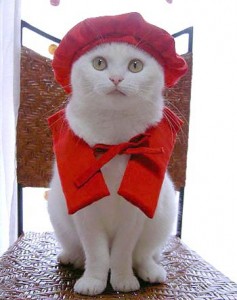 There’s lots to discover between now and departure this summer some time. Yet I know with unflinching certainty that this is my path. So you’re catching it right from the ground floor.

There are a few reasons why I’m getting it out there so soon.

To say that it was like a lightening bolt strike would not be an exaggeration. I knew in the instant that thought arrived, that this was something I was to do. In retrospect, it wasn’t completely out of the blue. I’ve been taking steps towards it for sometime without realizing where they were leading.

Looking back, you can see it coming, but I wasn’t ready to see it until now. I didn’t know where any of these steps were leading, only that they were right for me at the time. It’s going to make a great coming of age book.

Thank you for being with me on this journey. I look forward to sharing it with you.

14 Comments on “Connecting the Dots to South America”