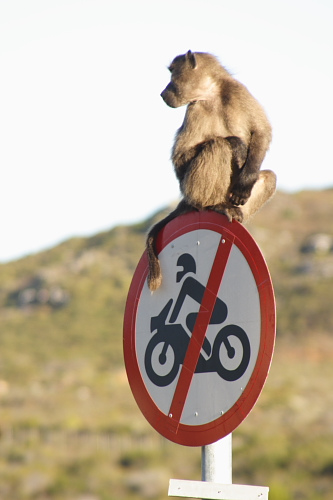 “No motorcycles!” The underground parking lot attendant glowered, shouting in barely legible English, intercepting me before I could push the button for the ticket. “No motorcycles,” he barked again, thrusting his arm and pointing to the exit. “Park on the street.”

“What do you mean no motorcycles?” I exploded. “Why not?”

I was livid. A barrage of exchanges followed as I focused on balancing my bike and trying to figure out what he was demanding. “Back up!” Back up!” I was past the ticket machine and thus the sensor that would enable him to lift the gate. That was because the machine was on an incline and I’d moved ahead to a more level surface so I could get off and obtain the ticket. Now he was asking me to back up an incline!

I was in Toronto for an appointment and had left plenty of time for travel hiccups. Most of that buffer was used up in stop and go highway traffic. Staying safe while navigating downtown streets in the midday cacophony demands full attention. Concurrently watching for traffic, one-way streets, pedestrians, ubiquitous streetcar tracks, and searching for a parking spot is a challenge. Not finding one on the street, I’d turned into a parking garage, winding down the steep ramp into the bowels of the building to where I now sat.

There was no reason to deny me access. There were no signs, no logic. “How dare he turn me away?” I fumed in silence. Riders who’ve been around for any length of time will likely have experienced such overt discrimination, but I haven’t seen that since my 1977 Yamaha 650 was a baby. I could have forced the issued and parked my bike but it wasn’t worth the risk. I’m sure it wouldn’t be there when I returned.

Later in the day when I’d had time to reflect, I was curious to understand what had touched a nerve. I’d surprised myself by losing my cool in such a way. Perhaps his actions had sparked a tension I hadn’t felt. Maybe I was frustrated because I couldn’t understand him through my helmet, earplugs, and his broken English, spewing instructions as he paraded around me trying to figure out what to do.

No. It wasn’t any of that. My outburst came from a source deeper within me. Being turned away just because you’re on a motorcycle is a violation of fundamental rights. While it’s a minor example, it triggered a more collective memory of arbitrary practices that have defined history. My ancestors fled a country where their existence was threatened by iron rule cemented by brutality. Indigenous people in this country had their culture systematically erased. Escape routes from hot spots around the globe are choked with families fleeing violence and unspeakable horrors. I was responding from the collective tension that bombards us daily.

The answer isn’t in returning hatred, violence, or aggression. My agitated response only exacerbated the situation. Likely new to our country, this was probably one of several jobs the attendant held to support a family making a new start. He wasn’t about to jeopardize his income by allowing a violation of company rules, right or wrong. Whatever the case, neither of us felt good after that encounter.

I’m not suggesting we sit back and let these things happen, but there were more constructive ways to diffuse the situation.

Peace begins with me.

The man whose face I don’t even remember lifted the gate so I could turn around and climb back up to street level. Perhaps it was getting back into the light, or maybe it was the tiny parking spot right beside a KLR that rescued me from that dark place within myself. It was not my proudest moment but I was back in familiar surroundings, wiser for the understanding my travel to the underground taught me.

photo credit: Above the Law via photopin (license)
[ois skin=”3″]

12 Comments on “No Motorcycles Allowed”