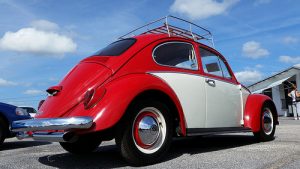 Have you ever noticed the phenomenon when for example, you buy a red car (or motorcycle)  and all of a sudden, you start seeing red cars everywhere? The same is true of seemingly innocuous events that convey profound messages. Once you start noticing them, they begin to appear more often.

One of the things I’ve struggled with, especially in the past several years, is how to balance following my heart and earning a living. There’s not a bottomless bank account to draw from, no company pension, and no one else helping to pay the bills.

It’s meant being clear on life priorities and a great deal of trust that I’m doing the right thing. I intentionally keep my life simple, which means the upkeep costs aren’t exorbitant.

For various reasons, not the least of which was body and spirit rehabilitation, I’ve kept income-generating work intentionally low since my crash. I’m certain that researching and writing my next book has been, and continues to be a priority. Unless you’re a best-selling author with a rare lucrative contract, you don’t get paid until you’ve got a book to sell.

I don’t look for deeper meaning in every life detail, but I’m reassured and grateful for messages I’m being cared for and on the right track. While all four stories seemed like a dream, only one occurred while I was sleeping.

The Man in the Bank

It’s not often I go into the bank, but this particular winter day in 2015, I went inside for business I couldn’t deal with at the ATM. An elderly gentleman bundled up in a puffy navy jacket and plaid wool scarf motioned me to move ahead of him in line. We bantered back and forth a bit, and then to my surprise, he offered me money. “How much would you like? $500? $1000?”

He went on to tell me how he had more money than he could ever use, that he cared for his invalid wife, and the money didn’t mean anything to him. I sensed his loneliness.

Even as I’d completed my business and he was still at the counter, he again appealed for me to accept money from him. I graciously declined and continued on my way, but not before giving him the hug he’d asked for. Others stood by in silence as this transaction took place, aware that they’d witnessed something extraordinary.

The Man on the Train

This was the only message that came during dream time.

I was traveling somewhere on a passenger train, heading east. Seated by the window across the aisle from me, was a nondescript man who was with me on the journey—a stranger, balding with thin wisps of light brown hair, and gold wire-rimmed glasses. As it turned out, he owned the train and was fabulously wealthy.

The scene switched and I was on the second floor of his open concept house, on an interior balcony, looking down into space. Wooden beams supported the peaked ceiling and the entire facing wall, from peak to ground was glass, allowing the light to stream in. Somehow I had to get down to the main floor.

The man encouraged me to take the step; that all would be well. As terrified as I was of stepping out into thin air, I falteringly moved my right foot forward. It was as if I was atop gymnasium bleachers tucked under each other. As if by magic, a step appeared below me, but only the next one. Each step was just as hard, required the same trust the stair would appear when needed. But I had to make the first move.

Not only was I being guided towards a deeper exploration of my past, I was being reminded to trust the process.

The Man at the Health Food Store

Last summer I walked over to pick up a few items. I was met by a sign saying the credit/debit machine was down and they were accepting cash only.

Dismayed because I’d only bought plastic for payment, I turned away just as a young man, a stranger, was approaching. He’d seen my reaction and had already pulled out his wallet, offering me whatever I needed to get what I’d come for. I was as surprised as I was grateful and profoundly touched by his kindness and generosity.

It was another reminder of gifts that appears when we’re least expecting them.

The Woman at the Pow Wow

While speaking with the Grandmother this summer at the Blackfoot Siksika Pow Wow, already having been told to “Go back to your roots,” another woman came around with a wad of five-dollar bills, handing them out randomly. The Grandmother sensed my hesitation when the money was offered to me and directed me to take it. I accepted it, and it now sits on my altar. I may not have come away with the answer I was looking for but I came away with more reassurance that I’m supported from sources I wouldn’t have imagined.

Often we go about our day so hurried, that we miss the not-so-subtle messages coming our way. They’re usually accompanied with an intuitive knowing that something out of the ordinary has just happened. Spirit is trying to get your attention. Usually, the messages are multi-faceted and always, they evoke gratitude.

I rented a car for this weekend and oddly enough, my rental was a red Yaris. I drove out of town to my destination, parked it, and when I came back to it, red cars were parked in three of the next four parking spots. Coincidence? 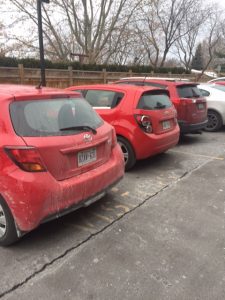