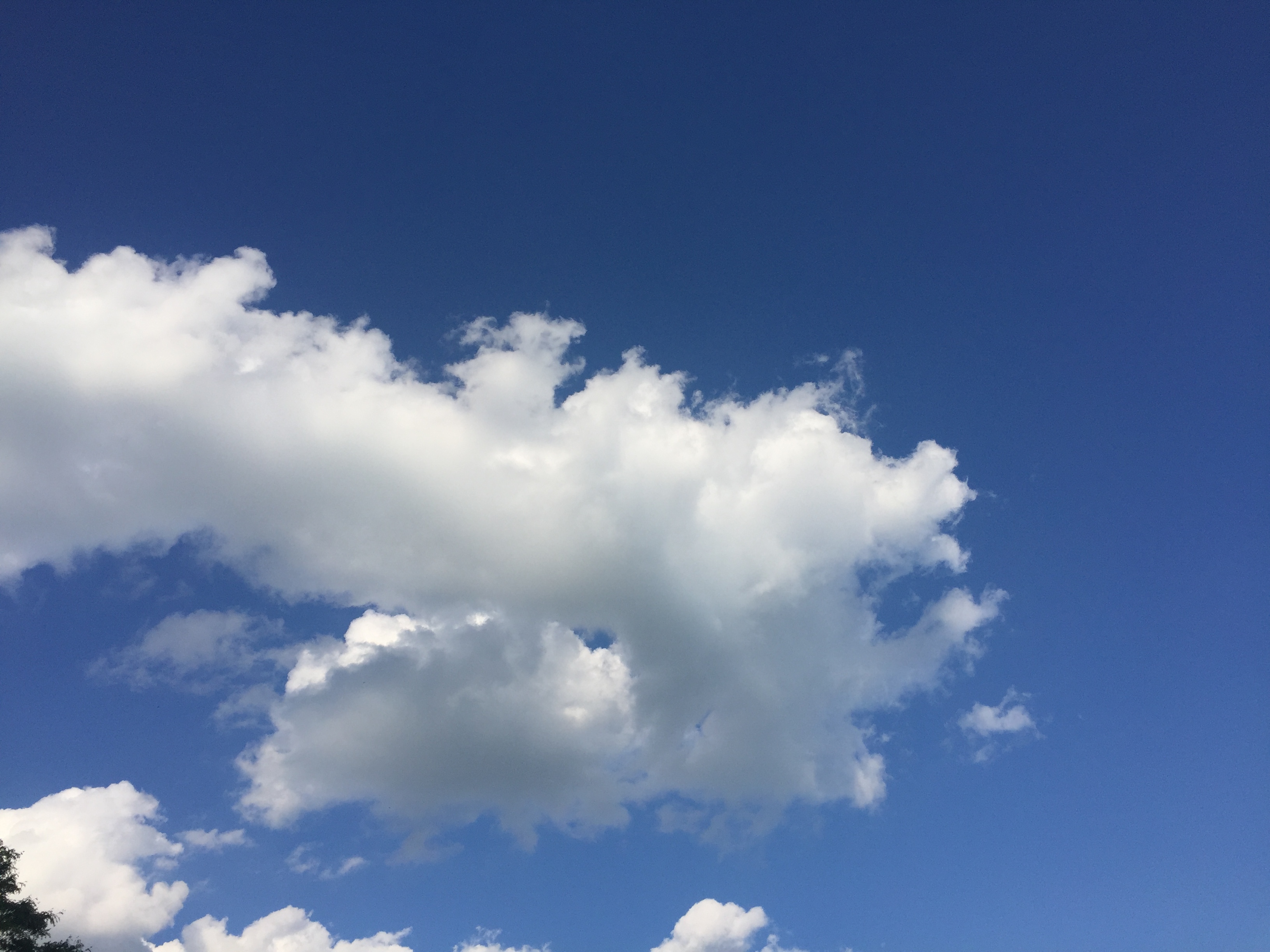 Other than the occasional deluge of water from the overhead deck when the dog dumps over his bowl, the greatest hazard in my outdoor office is the distraction from the blue, blue sky. Today’s clouds are cotton balls but whatever they are, I love watching them shapeshift across the sky.

It reminds me of the flight I took to Beaverlodge, Alberta with Dad two years ago, shortly before he passed. We were heading to visit the land where he’d spent his first two years; where the father he yearned to remember was buried.

The sky had cotton ball clouds that day too, except we were viewing them from above. He was ninety-one, but he was a boy. “Do you think we could land on those clouds?” he said, gazing out the window and musing as we flew over them at 30,000’.

I wondered where he was.

Last Sunday on my way home from the BMW MOA rally, I stopped in to see Mom at the long-term care facility where she resides. The woman who once walked miles per day is now in a wheelchair and doesn’t know where she is. As farmers, both my parents lived much of their life outdoors. When they weren’t working or tending the yard and gardens, they were sitting on the porch drinking iced tea.

I’d ridden 565km/350miles under blue skies, sunshine, and high-70s temperatures. Perfect riding weather and perfect to take Mom outside for fresh air. Even if you’re unaware of where you are, you know it when you’re outside. There’s a lovely courtyard and she enjoys looking at the flowers and people watching. The brilliant red leaves of the Japanese maple always catch her attention and from there it’s only a slight eye movement that takes her to the sky.

“Look at the blue, blue sky,” she says, gazing upward. It happens every time.

I wondered where she was.

And as I sit here trying to work, I can’t help but look up at the vast blue, blue sky and let my mind wander.

I wonder where I am.

4 Comments on “The Blue Blue Sky — Where Dreams Live”