The Long Road Home Tour and Another Crossing 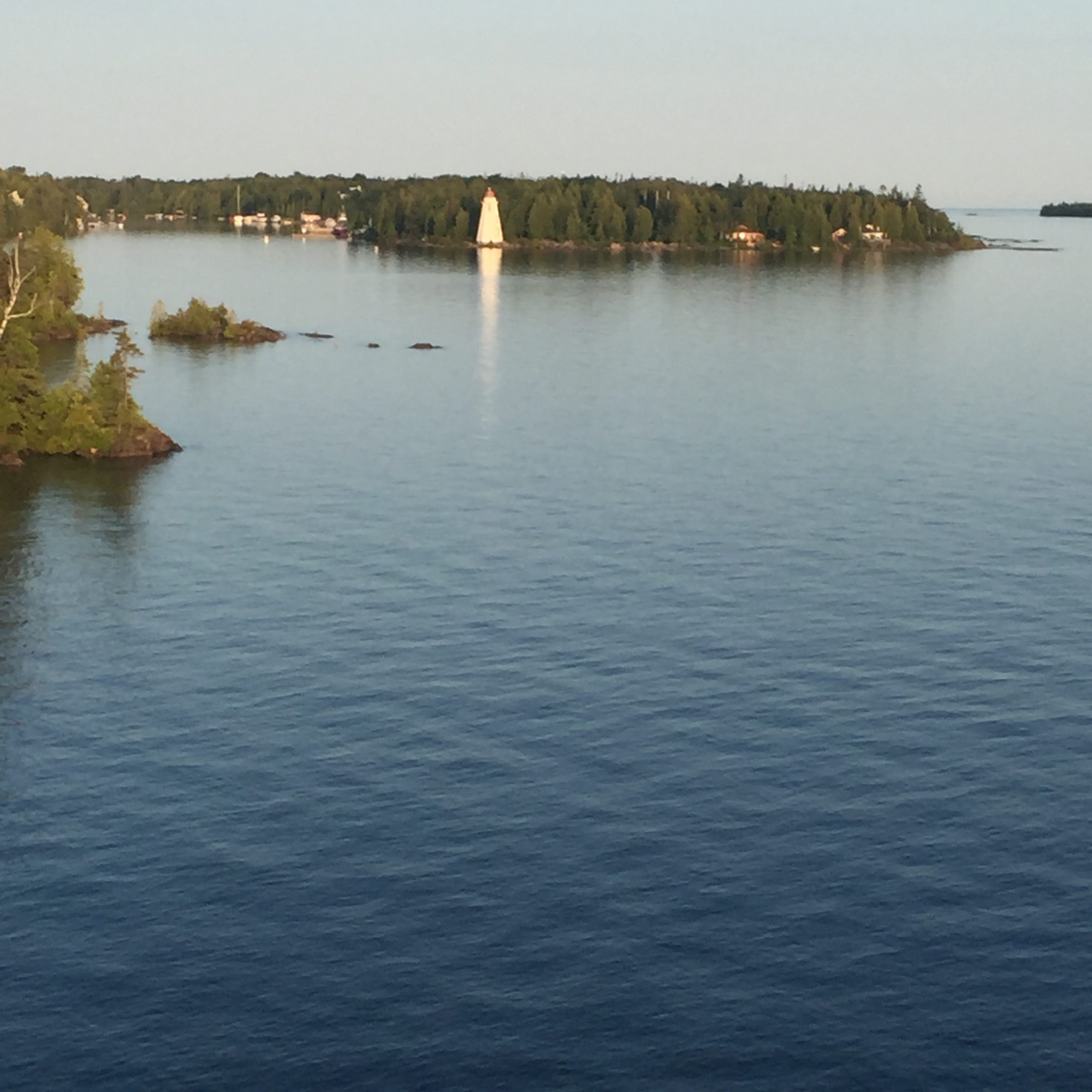 It’s a familiar feeling – leaving the port of Tobermory for Manitoulin Island on the Chi Cheemaun (Big Canoe), headed for parts unknown. It wasn’t my maiden voyage but it imight have been. Yesterday, the sailing marked the beginning of the Long Road Home moto-book tour.

The Big Canoe carried me across the start in August 2014 when I began the quest that ultimately connected me with my cultural roots. That leg of the trip ended barely three weeks later with a devastating crash in southern Alberta. Clearly, I needed stillness not movement at that point.

Two years later She carried me and Trudy over to Manitoulin to travel on the Ancestor Trail. Then I imagined how it must have felt for my grandparents as they crossed the Atlantic in the 1920s. That’s when the SS Minnedosa and the SS Montpelier brought them across the Atlantic to a new home in a land of peace and freedom.

The interval between my two trips had already put me in closer touch with my ancestral roots and it was no surprise that I felt the distinct presence of my four grandparents accompanying me. The Ancestor Trail would visit the lands they’d lived on during their early years in Canada. They were excited to retrace those times and share their experiences with me.

The profound unfolding of that trip reconnected me to a culture I’d abandoned. But the greatest liberation came from reconnecting with myself; understanding who I was before I was told who I was. That external and internal journey is told in Crash Landing.

Yesterday, on another early August morning, the Chi Cheemaun carried me across the water under a new moon and cloudless sky. So began the Long Road Home moto-book tour, to share these stories with others with the intent of helping them unlock cultural wisdom and transform their stories so they can make the most of their gifts.

The day before, as I was finishing final preparations on my patio, a cardinal whistled incessantly. There was no question it was a message from Gerhard, my maternal grandfather, always up for a road trip and impatient to get going. He always showed up early and always announced his entry with a whistle. He loved to tell a good story to anyone who would listen.

Gerhard, Susa, Johann, and Liese (my grandparents) accompany me this time with joy in sharing stories of healing — and another moto-adventure to go with it.

Like each time before, I’m heading into unknown waters, urged on by the lead of my heart. Again, I don’t know what awaits. I’ve planned the best I could and now I look forward to watching it unfold as it will.