The Story Behind the Story of Crash Landing

lizjansen Posted on December 14, 2018 Posted in Adventure No Comments 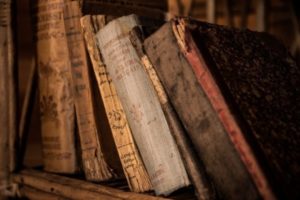 In 2014 I set out on a solo motorcycle adventure, expecting to be on the road for twelve- to eighteen months, traveling the Americas. My purpose was to seek the answer to who I was before my culture had shaped me, and write a book about it. That initial attempt ended with a crash in Alberta three weeks after it began, but even before the prairie dust had settled, I knew this was not a detour. What was to unfold was part of my quest.

I turned sixty in 2014. The decision to embark on my journey came about through the confluence of four energetic forces:

I was born into a Mennonite family and culture. Voicing that would not have happened even a few short years ago. I didn’t want anyone to know I’d been raised as a Mennonite.

Growing up, we had a close nuclear and extended family and I always cherished those relationships. But even as a child, some of the religious teachings burdened me. They didn’t make sense. By my late teens, I’d grown ashamed of the culture and moved away from the church—not my family, and not the overarching values, but the religion. I built protective layers around my identity, disguising myself from even myself, and went to sleep for thirty years.

My awakening approaching age 50 led to dramatic life changes, but those were only the beginning of my evolution. By age sixty, I was compelled to better understand who I was.

I realized that even though I’d moved away from my culture, the experiences and teachings of my grandparents and all those who came before, even before I was born, lived in me. Subconsciously, they’d shaped my thoughts, beliefs, and life choices. I was curious to understand them better.

It’s hard to imagine my grandparents’ life from my perspective today. The best way to put myself in their shoes and see through their eyes was to visit the lands they’d lived on. I wasn’t going to the Russian steppes (now Ukraine) that had been their home before they fled in the 1920s. I could, however, go to where the young refugees had lived on in western Canada as they tried (many times) to establish themselves in a new land.

All those energies came together at age sixty and resulted in a motorcycle trip. I’d visit the places my grandparents had settled. I’d also engage with Indigenous people to better understand the energy of the land my ancestors had walked. Since I was studying energy medicine from Peru and could work from anywhere, I’d carry on to South America and study with the shamans.

That’s how it all began. It didn’t take long for my plans to unravel or for me to see the lessons I wanted to learn would come about in a very different manner than I’d envisioned.

That journey forms the story told in Crash Landing.