A Pinch of Tobacco & a Life Lesson

Yesterday my 10-month old MAC crashed. Bad. VSA. And I can’t even get it looked at before late tomorrow afternoon – when I’m scheduled to be at Lawrence Hacking’s Overland Adventure Rally. 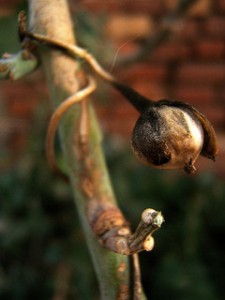 In no specific order, I considered panic, anger, frustration, denial, incredulousness and worry about how I’m going to get everything done. But in the end, none of those fix it or get my work done, so a remarkable calm won out.

What at first felt like an absolute disaster has settled into an inconvenience I’ve accepted. My documents were backed up. I have an IPhone and an old PC that I can limp along with. I’ve remembered critical passwords so I can access web based essentials – like my website and newsletter. That in itself is a miracle.

This week has seen friends lose everything in floods. Thousands of people within an hour of where I live have been displaced. Canada has had it’s worst rail disaster. And that’s before I even think outside our borders. My MAC doesn’t even rank.

While a search of local service providers yesterday (there is one) proved futile, I stopped into a local shop to purchase a gift for my upcoming trip. For the second time in a day, I had to fight disbelief and comprehend what my eyes were telling me. The state of disarray inside paled in relationship to the pain that was palpable in the air. The shop was closing its doors. What hadn’t yet been packed was strewn over the skeletal shelves or across the floor.

Stoop shouldered, the proprietor, a man of native descent, emerged, asking if he could help. He graciously searched his boxes for it, although to no avail. I learned that not only was the business closing, his marriage was ending and he was out of work. This was a man down on his luck, but not his pride.

I listened for a while, feeling his pain, recognizing a resilient spirit. As I turned to leave, he paused, asking me to wait a minute. Returning from a back corner, he presented me with 4 tobacco seed pods, one for each direction on the medicine wheel. Honored, I accepted his gift with heartfelt gratitude. He knows this gift will be passed on, and touch those who receive it.

He knew nothing about my dead MAC, but in a few poignant moments, he’d reinforced what is important in life. Miigwech, my friend.

2 Comments on “A Pinch of Tobacco & a Life Lesson”