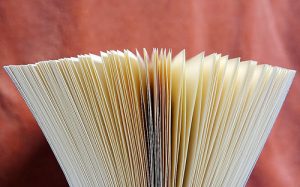 One of the things I love about writing is you never know where it’s going to take you. Much like riding a motorcycle. And like riding, you know you’re in for an adventure, you just don’t know the details. Even if I would have made an outline, crashing would not have been part of my story. I like to think the draft of Chapter One is now complete.

Twenty-two months ago I expected to be gone a minimum of 12-18 months on a solo motorcycle trip through the Americas. There was a real possibility that I might not return to my hometown, not because I thought I was going to die, but rather I might find a place where I’d like to stay for a while.

That time is up and geographically I’m still where I started. Yet I’ve put a big dent (pun intended) in what I set out to do, albeit via a very different course than I’d imagined.

My intent was to learn and write about what makes us who we are, how we’re shaped by our culture and who we are before we’re told who we are. That was about as much as I knew. I wanted to learn more about my cultural background and my connection to the land my ancestors walked. I had no idea of the course curriculum but trusted it would unfold as I went along.

I can’t say that what I’ve learned wouldn’t have happened had I continued on to South America. That didn’t transpire so I don’t know what the outcome would have been. I can only state with certainty that tracing my route on my mythical map would have looked and felt very different than it does now.

There were certain things I knew from the start—the intent of my trip, I’d be traveling by motorcycle, my plans could change at any point along the way, and there’d be many lessons. I didn’t know what opting for the road less traveled or opening up the covers of books would reveal, or who’d appear in my life as a teacher. Or the myriad of profound experiences I’d have. I didn’t know I’d crash.

Yet that crash has been a catalyst in my quest for the knowledge I was seeking. Not that I would have consciously chosen it. Not in a million years. Nor would I have chosen to break my ankle seven months later while walking.

Half of the intervening time has been spent in physical recovery and healing. Even though I can safely ride, progress has been painfully slow and there’s quite a way to go. All of the time has been one of awakening and enlightenment. Research, exploring and writing about my ancestral history has led to profound spiritual healing, healing I didn’t know I needed.

While I always appreciated the strong values and work and social ethics of my ancestors, I distanced myself from my cultural background because even as a child, the religion never felt like a fit.

I see it differently now. Whether I try to dissociate it or not, I can’t. Nor do I want to. That it’s a part of my energetic makeup is a fact, and nothing can change that. But my perspective and the story I tell myself about who I am has changed.

I now know I wasn’t ready when I set out almost two years ago—just like one’s not ready to ride a motorcycle until you’ve taken a course to understand how to ride; or how you take prerequisites before enrolling in more advanced courses.

These months have been like going to post-graduate school for a niche field of study. You complete your courses and thesis but when you graduate, you still don’t have all the answers. You’re only better prepared to apply the lessons that await.

In the immediate term, I’ve been here to pitch in with my 90-year-old parents’ care. Both have had significant life events this year, precipitated by dad falling and fracturing his hip. Mom, who lives with dementia, moved into long-term care because he was no longer able to look after her. Sadly they must live apart when they need each other the most. It’s been a tremendous strain yet a time of deepening relationships and understanding. I’m eternally grateful for the gift of time with them.

I’ve been able to connect with extended family in a way that would have been very difficult had I been camped on the Salar de Uyuni amid the Andes in southwest Bolivia. Lessons there would have been very different. My grandparents and their generation rarely spoke of their pre-Canada ordeals, or complained about life here—and then only in their later years when my interests lay elsewhere.

Now, by gathering and piecing together snippets of stories from kin and other descendants of that time, the stories have become much clearer—like gathering squares for a quilt and piecing them together as my grandmother and her friends painstakingly did in the church basement. Individual squares take on a whole new look when they’re part of an exquisite work of art.

Theoretically had my original plans played out, my trip would likely be over. But plans changed. What I once viewed as a detour has been an integral part of the journey—a time of intensive study and preparation.

For what, remains to be seen.

photo credit: Between the Pages . . . via photopin (license)

14 Comments on “Chapter One”