Clouds, Mountains, and Heeding the Call of Nature 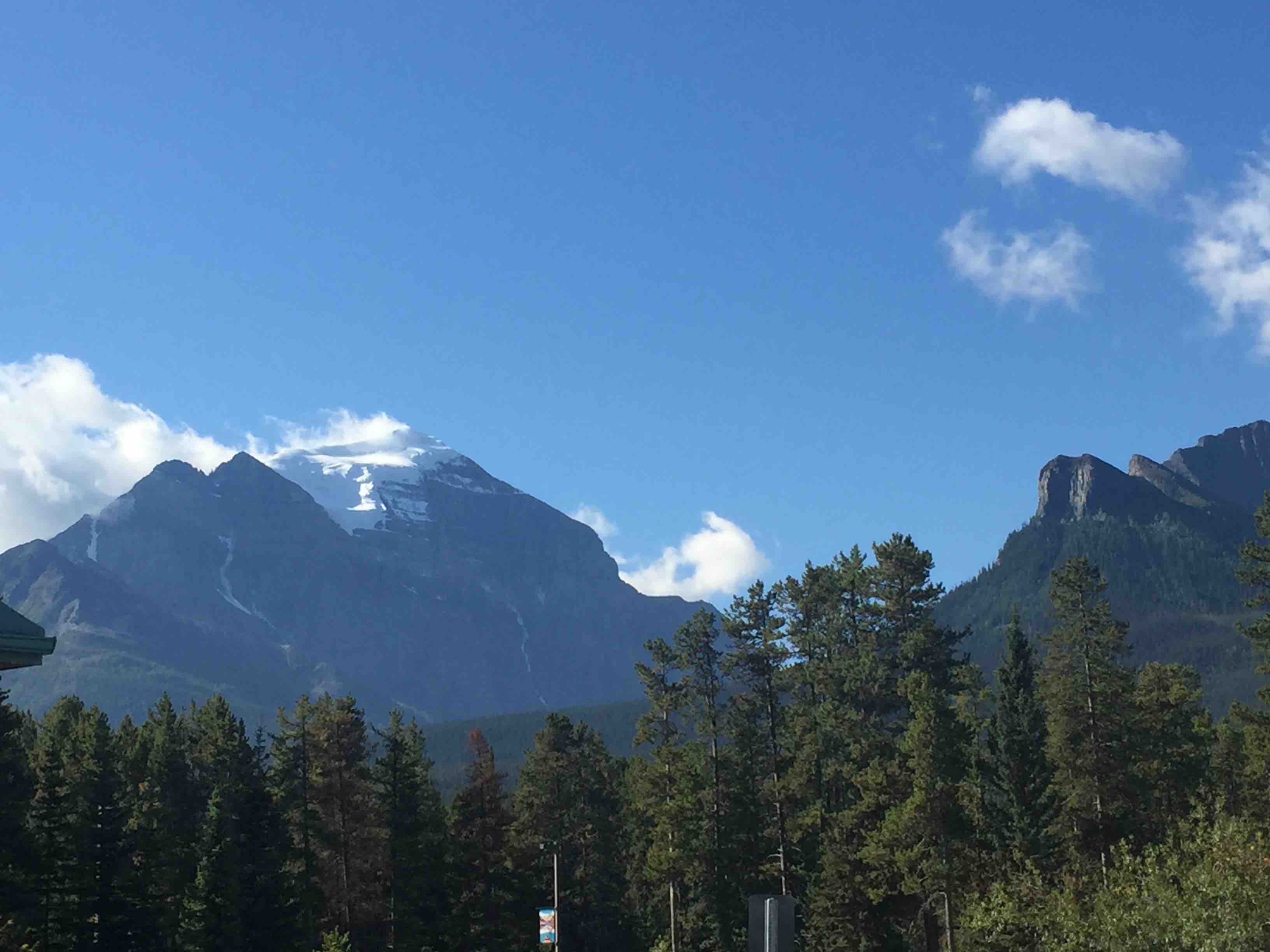 The clouds got me first. They mesmerized and drew me in as they shapeshifted around the peaks of Canada’s Rocky Mountains. Set against a clear blue sky, it was Nature at her best.

I’ve been on the road again this week, traveling from New Westminster/Vancouver, British Columbia, to Grande Prairie, Alberta.

Riding a motorcycle demands our first attention. That keeps us focused on the present, processing, and responding to the inputs that come in through our five senses—and keeps us alive! Somehow that opens another space where we feel that connection to the landscape we’re riding through.

All of it invigorates without requiring thought. This week the clouds spoke to me in a new way as I rode east from Kamloops to Lake Louise. They form, dissipate, join with other clouds, and make shapes that capture our imagination. None of this requires any human input. It happens by itself, part of nature’s response to co-dependent dynamics like temperature, winds, landscapes, atmospheric conditions—all working together to create visible and invisible form.

Those clouds wouldn’t be there without the mountains. It’s impossible to imagine the forces over time which created those massive peaks, heaving rock through the earth’s crust. Billions of years of history expose themselves through colors, striations, and texture.

What forces shaped the endless patterns of sharp crags and crests, I wondered as I rode up the Columbia Icefields Highway. Or loosened rocks and caused them to tumble onto the roadway. Again, without human input.

Further north, the subalpine landscape gave way to undulating foothills as Highway 40 cut through forested wilderness, taking me to Grande Prairie and Beaverlodge, my primary interest. I saw miles into my past and future, often devoid of other vehicles.

That’s how I easily spotted three black bears and two deer sauntering across the road in front of me. Each time, slowing down in case there were more, gave me a close view without endangering me.

Like the clouds, rocks, and streams, they too were merely responding to natural instincts or laws. It felt dreamlike, as if I was an observer of a pristine landscape, yet at the same time, I was part of it. I felt like I could close my eyes and disappear into the oneness of nature around me. The same peace enveloped me while riding through the dense forests on Mount Hood in Oregon.

Areas of human interaction stood out in stark contrast: massive scars from clear cut logging, pipeline being laid along the shoulder, and terrain gouged and blasted to expand the highway to carry more of earth’s resources to meet an insatiable demand.

Three days of profound and humbling insights reminded me who I am and how I fit in. We are all connected and our actions affect the whole. We, too, are bound by the laws of nature which operate in ways beyond my ability to understand. When we listen, pay attention, and heed the voice of our heart, our Nature guides us to our greatest good.

2 Comments on “Clouds, Mountains, and Heeding the Call of Nature”