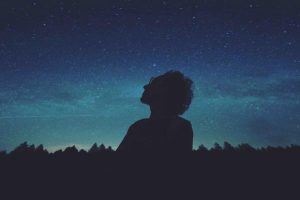 Owning our power is one of life’s biggest challenges. Learning to use our energy without wasting it takes practice, persistence, and self-compassion.

Like riding a motorcycle, we all have a friction zone. It’s recognizable as that area of internal resistance that appears in response to change. Learning how to overcome it helps us grow.

Motorcycles move forward as power from the engine transfers to the drive system. To do this, you need to pull in the clutch lever, shift into gear, then release the lever as you apply the throttle. As you do, there’s an initial zone of resistance as power transfers to the rear wheel. That’s the friction zone. It becomes evident as the bike begins to move.  Read: New Rider: What is the Friction Zone?

New riders are often frightened of how the bike will respond to power. They react by chopping the throttle, cutting off the power supply. The bike stalls. Or, they pull in the lever while keeping the throttle open. In either case, they don’t move.

Earlier this season I stopped for an errand on the way home after a weekend of teaching. I’d spent the previous week out of town with my dad in hospital and returned home to teach motorcycle lessons for the weekend. Physically, mentally, and emotionally I was drained.

As I backed out of the parking spot, which I knew was a poor choice, my rear wheel dropped into a drain and I lost my balance. The bike was running, in first gear, and I had the clutch lever pulled in. There was enough space to pull away and time to recover. All I had to do was give it gas and release the clutch.

Instead, I froze. I applied the throttle without releasing the lever. The motorcycle, with me on it, tipped over and hit the pavement. It was completely preventable and I was really annoyed with myself.

Often, we’re afraid of our own power. We hold back rather than letting go and trusting things will unfold in our best interests. We’re afraid to follow our intuition and take what we perceive as a risk. So we avoid changing careers, addressing an unhealthy relationship, or trying something different.

What we don’t realize is the risk to our self is greater if we don’t move through that resistance. We lose our balance. It gets harder to try something new.

The next time you feel resistance, don’t hold back. Recognize it as an opportunity to manage the friction zone and move forward. You don’t have to move fast, just keep moving. You’ll be amazed at how much easier it is to stay in balance.

How do you deal with resistance?  Tell us in the comments.

Photo by prottoy hassan on Unsplash

4 Comments on “Managing the Friction Zone — Life Lessons from Motorcycles”