Listen, chat with, learn and get inspired by Mark at the Power of the Road online conference, April 7 to 11, 2014 as he talks about Recording your Ride.

Mark Richardson is a 25-year media veteran. Formerly a journalist and reporter in Europe, Africa and Canada, he switched to automotive journalism and began writing a bike column in 1999. 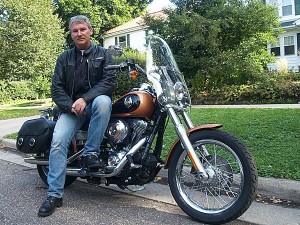 In 1992, he became the editor of the entire Toronto Star Wheels section. Although responsible for all the automotive coverage in Canada’s largest newspaper, his first love was still motorcycles.

His job kept him busy behind a desk, but it also gave him time to travel and write. His first book, Zen And Now – On the Trail of Robert Pirsig and the Art of Motorcycle Maintenance, was published in 2008. It was based on a road trip he made on his old Suzuki motorcycle that recreated the iconic journey of Robert Pirsig for his 1974 book Zen and the art of motorcycle maintenance. 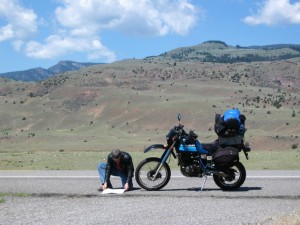 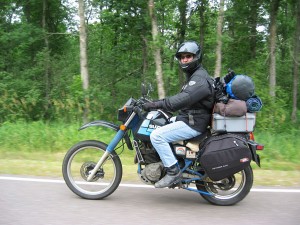 In 2012, he left the Toronto Star to devote more time to his writing and spent that summer driving from St. John’s to Victoria. Out of that trip, he published Canada’s Road A Journey on the Trans-Canada Highway from St. John’s to Victoria, about the Trans-Canada Highway. He’s now working on another book about road trips with his sons, many of them taken on his ’08 Harley-Davidson Low Rider (his Suzuki 600 is a bit too old these days for passengers). 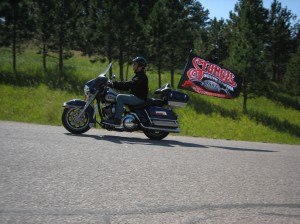 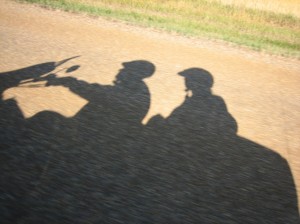 Mark now freelances for a bunch of great outlets, including the Toronto Star, MSN Autos Canada, Maclean’s magazine and Cycle Canada magazine. Check his News page to find out where he’s headed and what he’s writing about. You can also follow him on Facebook and Twitter.