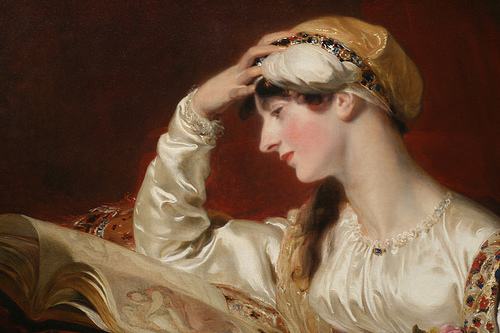 Earlier this week I had a migraine. Not the worst kind where I’m in bed for days—except for every 15 minutes when I have to run to the bathroom to throw up. This week’s was a milder version with no vomiting, just a vise around my throbbing head and a knife in my eye.

Migraines are nothing new. I’ve had them since I was seven. Unlike many women who experience fewer once they pass menopause, mine have increased in frequency.

What was different this time was that I gave in to it. Earlier. And it hasn’t left me looking and feeling like a used dishrag, physically and emotionally spent, barely able to think let alone drag myself around. Or function with any resemblance of competence.

From their onset, I learned to live with them. Perhaps I adopted my mother’s example as I don’t remember explicitly being told to buck up. It was expected. Migraines were a headache, albeit a severe one, but still nothing serious. Learn to live and work with it. Go to bed only when there’s no option.

And so you push yourself, trying to ignore the nausea and blinding pain. More than ‘just a headache’, migraines are a systemic malady and don’t take lightly to being ignored. They want attention. Now!

Sickness wasn’t valued in my family. You worked through things, unless the situation was dire. There was no way I was going to be called a lead-swinger.

I recall the time when as a young Registered Nurse, I woke up with a migraine, and as was my practice, medicated it into submission as best I could and headed off to work. Calling in sick was frowned upon by the hospital and I was still a part time employee, hoping to snag one of the rare full time positions.

Standing in the private room with my back to the window, I tried to make the patient’s bed while he was in surgery. Head pounding, stomach roiling, and irritable beyond words, I tried to squelch undeniable messages my body from my body, trying not to show what would be perceived as a weakness.

Until my stomach revolted. I ran from the room and shortly after, ceded, and drove home.

Driving while under the influence of a migraine is impaired driving. You don’t even have to have taken any meds—the monster itself impairs you. I’ve even ridden my motorcycle ‘under the influence’, stopping to let the waves of pain and nausea subside before continuing.

During my corporate years, many times I’d try and fake it, stoically remaining at my desk or in a meeting, trying to function. My pallor, squinty eyes, and preoccupation usually gave me away.

Showing up at work and not letting others down was a value deeply ingrained in the corporate culture of the day, not just my family.

Perfect attendance awards were given out annually. I never got one, viewing them as ludicrous. Why would you motivate someone to show up, regardless of capability (or contagiousness), rather than incenting performance metrics, including interpersonal relations? It never made any sense, but so entrenched a value was it, that it was untouchable—until the company was bought out by one much more progressive in its Human Resources—and business practices.

Thankfully for me, with modern pharmaceuticals and alternative medicine modalities, hosting migraines which progress to the knockout stage are rare.

I’m learning to listen to my body. The ancient wisdom that forms the basis for the Energy Medicine I’m studying teaches that our physical bodies are not separate from our emotions or spirit. Illnesses are often the outcome of an imbalance—somewhere. Tracking it down and healing can take much sleuthing and inner work. Often the root cause is unexplainable, defies acceptable logic, and doesn’t fit into a neat little causation checklist.

With any ailment or even discomfort, I now ask, “What message is my body sending me? What am I missing? How do I respond so this doesn’t happen again?”

Equally significant, I question what I’m subconsciously gaining by missing a day of work, an event, or lying in a dark room while everyone around me has a good time. Anything that moves me closer to understanding helps me heal it.

The root cause remains elusive. But at least I’m recognizing and respecting the message. Once you start listening, a shift begins, and you begin to hear other messages you’ve subjugated for years—listening early before the message gets too loud, or drowned out. As if by magic, all kinds of new creative possibilities open up.

The voice that’s in charge now is my own. Not a false belief that I’ve got to work through it. Not a cultural value nor an employer telling me to get to work.

My voice. The one that knows and wants what’s best for me.

Only then, by listening and heeding that voice, can I be of best service to others.

How does your body speak to you, and how do you respond?