lizjansen Posted on April 1, 2016 Posted in Personal Growth No Comments 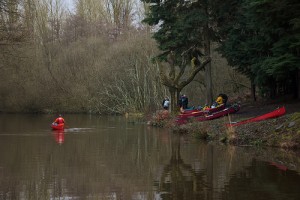 In my dream, the bow of the canoe rested up on the bank of the waterway while the stern floated in water already deep a few feet from shore. I climbed into the bow, kneeling. My niece and nephew, both in their 20’s, climbed in behind me, Andrea in the middle, Fraser manning the stern.

Ordinarily this would be no easy feat because they had to cross water to do so, but this was dreamtime where anything can happen. Nonetheless, it was a precarious maneuver and we all understood the importance of staying balanced. As I used my paddle to push off, I braced with my knees, closing my eyes and focusing inward to stay calm and centered. The canoe broke free of the land, slid back into placid water, rocking back and forth gently before stabilizing. I exhaled, and we were off.

Dreams are always symbolic, not literal, and although I’m no expert in their interpretation, there were clear messages.

What immediately came to mind is it’s time to push off. I’ve been on shore long enough. While that may sound like a relief, it’s accompanied by fear, depicted in my dream by holding my breath over fear of tipping.

In the past two years I’ve had a few major upsets when I’ve pushed off. Shortly after setting out for an epic journey (little did I know how epic), my crash and severe shoulder injury was the first. Seven months later in early spring, when I thought it was time to get moving, I slipped while walking and broke my ankle. Recovering from that, a stubborn physical condition took me down. My hesitancy to push off is understandable.

Even since the dream comes news doctors had expected greater progress following hardware removal from my shoulder in January. I was doing my home exercises diligently but therapy was not effective. Following my intuition, I’ve switched to a new physiotherapist who’s administering intensive treatment three times a week. The other two days, I’m seeing other, complementary practitioners. Plus home exercise three times every day. It requires a lot of time and energy, but regaining as much mobility as possible is a priority. If I don’t get movement back now, it’s not likely to happen. Still, it’s a struggle to defer work activities. Again.

Fortunately, along with the trepidation of pushing off, the dream offers guidance, support, and reassurance.

There’s a reminder to balance masculine and feminine energies, the creative and the receptive. One completes the other and nothing comes to life without the involvement of both. I can’t go full out without allowing time for stillness. There can’t be all action without periods of rest. Body, mind, and spirit need nurturing so they stay strong, healthy, and vibrant.

The third message reminds me that support is available when needed. Without Andrea and Fraser, I could not have pushed off, let alone navigated down the river. Somehow I knew they were there just when I needed them, I had only to invite them to join me. And they’re kin. Special kin. My writing and research into the role of culture has uncovered strengths and shadows in my bloodline that I hadn’t appreciated, yet they’ve shaped me. These two wonderful beings are a reminder that there is no power greater than blood.

Fourthly, there’s advice on allowing myself to be guided, trusting my intuition, and staying in the flow. In a canoe, the stern paddler does most of the steering. The bowman provides power, sets the pace, and watches for obstacles. Both have to work together to navigate the waterway successfully. There’s also a powerful symbolism in moving downstream rather than creating unnecessary resistance by going against the flow, against one’s inner guidance.

Lastly, there cannot be a metaphor without including the motorcycle. There are similarities between the modes of conveyance. Both a motorcycle and a canoe require balance to stay upright. Both have limited room for cargo, and although you can pile extra stuff on, it takes more energy to stay balanced. Both handle better when you travel lightly, carrying only what you need.

It’s time to push off. How that unfolds remains to be seen, but it won’t even begin without that push.