It sounded like a noble and doable plan: take four months during the winter, off-riding season and write the first draft of Crash Landing, my next book. At least get a good start at it. It began well but as I’m learning, from its inception, this project has had a timeline all its own. 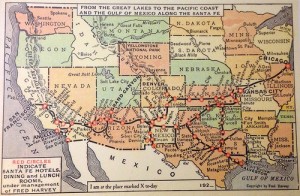 The focus in November and December was on research but things took some unexpected turns in January. Surgery, to remove hardware installed after my crash to rebuild and stabilize my shoulder, was postponed for two weeks because of a flood in the OR. Right on the heels of a rough post-op week, my almost 90-year-old father fell and broke his hip. My parents live almost two hours away but I’d made the trek that day to take my also-almost-90 year old mother bra shopping. She lives with dementia and he is her primary caregiver. Shopping got shelved and the world changed.

Early on in her cognitive impairment, she hung a sign in their apartment that reads, “We may not have it all together but together we have it all.” My father’s fall set in motion a whirlwind that saw his hip replaced and mom placed in long-term care. The loss of independence and mobility, setbacks, and separation have been very difficult for them—and the whole family—at a time when they need each other the most.

It’s easy to view this as an interruption in plans, but a second look offers a different perspective. Crash Landing explores the role my culture and ancestry has played in shaping who I am and how I respond to life. The latest events have brought with them new learning.

Out of necessity, both parents have been independent and since childhood, worked to contribute to meager family coffers. They’ve weathered life’s storms with aplomb, but immobility and dementia have taken them to new territory. Their responses, fueled by the same thoughts and beliefs they passed on to me, have opened a window to seeing them with new eyes. Furthermore, this time has been an opportunity to reconnect with extended family on both sides, gather new stories and rekindle a sense of community I thought was lost. As much as I wouldn’t have planned this, it’s provided invaluable insights.

I feel like I’m back at the starting point—where I thought I was when I set out on August 4, 2014 on my motorcycle. Technically and motorcycle wise, I was well prepared for the trip, but from a grasp of what I was about to undertake spiritually, I was nowhere near ready.

Now there’s a whole new arsenal under my belt. A new understanding of where I came from. So although not a lot of words have landed on paper in the last three months, it’s part of the grand project after all.

When I left on my ‘big trip’, I vowed to be open to what the road delivered. Little did I know where it would take me or the challenges it would deliver—things I didn’t learn in school. I may not have moved very far down the road geographically, but the journey has taken me through completely new terrain, all the while furthering the quest I thought I had to go to South America to satisfy.

I still don’t know where the road will take me but I’m open to it, knowing that Spirit’s plan and my well-intentioned plan may have two different maps. The adventure doesn’t get much more exciting than that.

2 Comments on “The Best Laid Plans”