5 Reasons Why You Don’t Need to Reinvent Yourself

What would you think if a motorcycle decided it would like to become a tour bus? This poor motorcycle hadn’t been ridden much during its lifetime, and when it was, its rider didn’t come anywhere close to pushing its limits. For most of the time, it had been neglected, stuck in a corner of the barn, gathering dust and providing a home for mice. 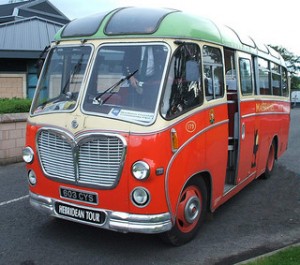 When it was out on the road, it saw lots of tour buses and they were always filled with people laughing, chatting and excited about their vacation. “A bus has a great life,” thinks the motorcycle. “It goes to fun places, makes people happy and it’s bigger than everyone else on the road. It does something worthwhile. I’m just sitting here rusting away.” (sigh)

The only way for that motorcycle to become a bus is to go to the scrap bin, get recycled and come back as a bus.

We’re no different than that motorcycle. Why do we think we need to reinvent ourselves at midlife? It seems to be all the rage. People feel pressured to change.

5 reasons why you don’t need to reinvent yourself

There may be things that you want to change about your life and that’s OK. Maybe some re-purposing of your gifts is in order, but the good news is, you don’t need to reinvent who you are!