On the Road – Carson City and Lake Tahoe Nevada

Leaving Shady Cove, Oregon last week, I was eager to get to Carson City, Nevada and the Carson City/Lake Tahoe Adventure Moto Rendezvous & Ride. After all, this was the event I planned my whole trip around!  I’ll tell you more about it tomorrow’s post.

The ride down was one of the most arduous of my trip. i rode through the much-needed rain in Oregon which ended shortly after I finally put my rain jacket and gloves on. Early on in the trip I ditched both the waterproof zip-in pant liner and the alternative – leaky over-pants. No sense taking up cargo space with gear that was dysfunctional.

Clouds and smoke gave way to sunshine and scenic forest secondary highways as I entered the north-east corner of California.  Here’s a picture of Mount Shasta in the distance. 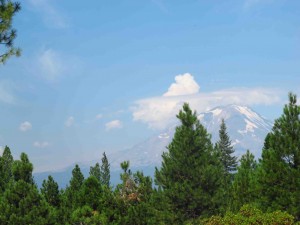 The weather remained warm and very dry, but the winds picked up and smoke began drifting up from the south. More than 50 major forest fires were burning in the north west, the most alarming being the Yosemite Rim fire. The further south I got, the denser the smoke and the higher the winds. It was good to reach my destination and be greeted by friends – Mike Bradford , J. Brandon and Carla King. 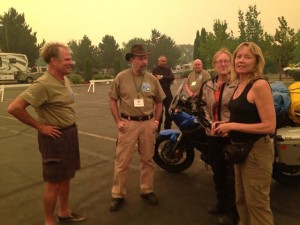 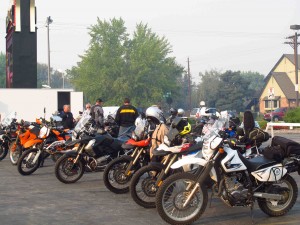 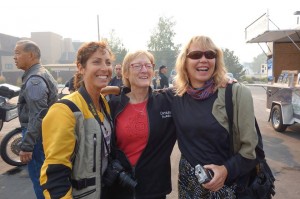 Carson City/Lake Tahoe Moto Rendezvous and Ride is all about learning, connecting and riding.  There’s no better way to do that than to get out on our bikes! 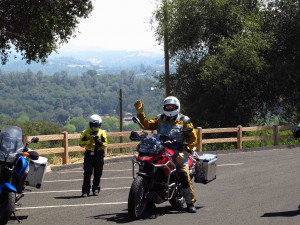 Given the distinct rugged beauty of the Sierra Nevada range, it’s no surprise that you see bikes everywhere here. The roads and scenery are designed for riders,  Mountains, valleys, canyons, switchbacks, rivers, trails, breathtaking beauty – it’s all here! 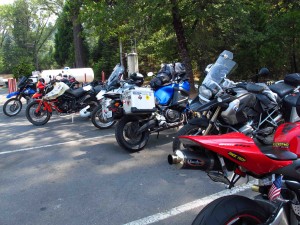 Of course one with putting on miles, one needs to care for their motorcycle.  Here’s mine on it’s second visit to the shop since leaving – this time for replacing the rear tire and another oil change. 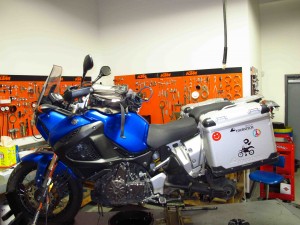 And then it was time for more riding canyons and mountain passes. 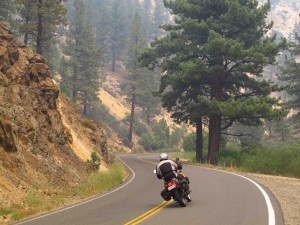 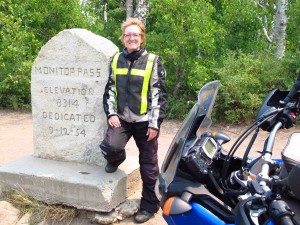 There were definitely more bikes on Monitor Pass than there were cars – and they were making the most of it. 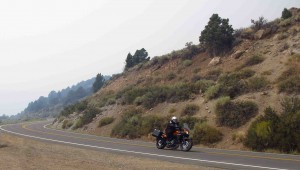 The more adventuresome take on Ebbett’s pass.  With a road that narrows into 1 1/2 lanes and no center line, sharp curves, steep inclines and abrupt drop offs with no guard rails, this road is not for the faint of heart. 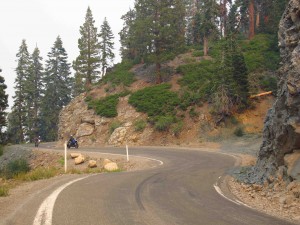 Stopping to catch our breath (elevation is around 8,000′) at this pretty little lake. 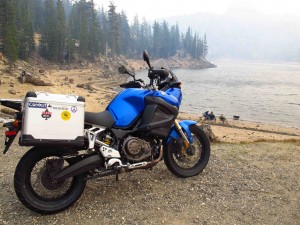 Lots of natural beauty at every glance. 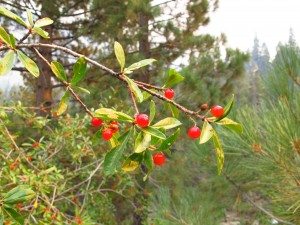 Now I’m taking a few days to catch up on other things before heading for Idaho and the Sawtooth Mountains.

The route from Shady Cove, OR to Carson City, NV. 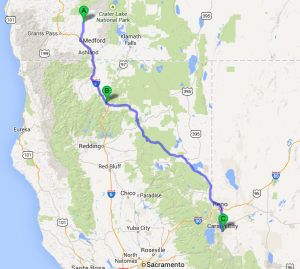