Lessons from the Road: Trust the Mystery 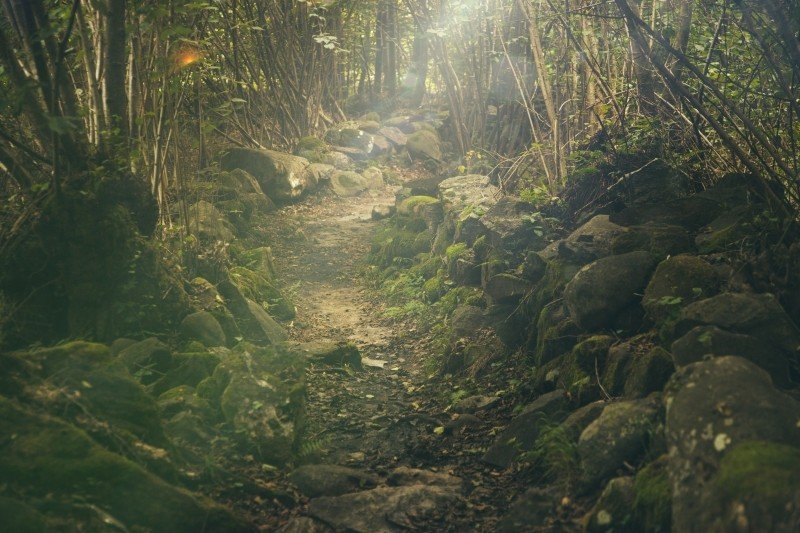 Five years ago I set out on a quest, seeking to answer who I was before I was told by my culture who I was. I was absolutely sure this calling was one I must answer by setting out on a road trip to explore the lands of my ancestors, understand their stories, and listen to the stories of the spaces in which they’d lived in Canada.

Barely three weeks later, a crash rocked my world and threatened to derail my resolve. Yet, even before the Alberta dust had settled, I knew that event was somehow part of my journey. It wasn’t at all how I’d planned it or imagined it unfolding. As it turned out, my route wouldn’t have gotten me to my destination, but I didn’t know it then.

The challenges and trials over the next months and years caused me to delve into the stories that had shaped me and draw on the strength of my ancestors in a way that couldn’t have happened had I been riding across the Salar de Uyuni salt flats of Bolivia.

Now, on the Long Road Home Moto-Book tour, I find myself revisiting the lessons of this post-crash time. It’s fitting given I’m promoting Crash Landing, which came out of that time.

I set out with certainty that this too is a calling I’ve answered. I’ve planned as best I could, knowing that even my most vivid imagination is limiting relative to what the Universe can deliver.

I’ve had incredible, rich experiences with friends seldom seen because of distance, and ridden through majestic, breathtaking landscapes. Hospitable hosts have extended warm receptions and promoted my events. Heart-felt conversations with those in attendance have touched me to the core.

The internal gremlins chatter away though, telling me I’m not doing enough—reaching enough people, selling enough books. The stories we carry can also bind us.

That’s when I go back to those lessons imbued by my ancestors, including my parents. They didn’t know how or where life was leading them. Many times they were brought to their knees when all seemed hopeless.

While my situation doesn’t even rank on their scale of adversity, it’s still a personal challenge. I think back to the lessons I’ve learned from them and the strengths I carry.

I don’t know where life is leading me or what it’s preparing me for. But I know with certainty this is where I’m meant to be at this time. My role is to prepare and take action to the best of my ability and then let go of expectations or attachment to outcome. It doesn’t mean things go innately easily or smoothly, or hard.

They go. I trust the Mystery, the process, accept the gifts, follow my heart, even when I can’t see where life is taking me. That’s when magic happens.

4 Comments on “Lessons from the Road: Trust the Mystery”