How to Know When it’s Time to Update Your Identity 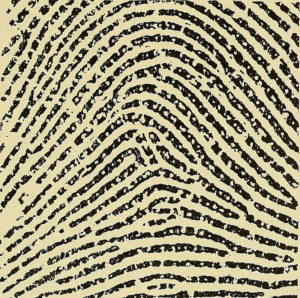 Growing up in Niagara, close to the U.S. border, it was commonplace to go “across the river” for shopping and entertainment. Any photo ID would do; a passport wasn’t necessary. Once I started traveling, especially by motorcycle, we’d cross regularly, traveling through or to American destinations.

Five years ago, I got a Nexus card to ease land crossings. It’s much faster during peak time bottlenecks, way better than baking in the sun while waiting in line, and saves carrying a passport.

So imagine my surprise when last month, U.S. Customs officials seized my card. I’d used it in April with no issues. This time, I was making a routine crossing with a friend to hear Paul Pelland, aka Long Haul Paul, speak to the BMW Riders’ Club of Western New York. Jeff had cleared uneventfully and was waiting for me to do the same.

Inadvertently, I’d tried to use a card that had expired on my birthday in May. After a very brief secondary check, customs officials cleared me, although they kept my card.

Passports are valid for ten years; Nexus cards expire after five. In 2013, when I got the card, I was preparing for a six-week pilot trip to the Pacific Northwest, experimenting with living and working from the road. That trip led to my extended quest, begun in 2014, seeking the answers to how the experiences of my ancestors had shaped me. It was a life-changing trip in every way.

Now in 2018, I’m not the same person I was when the identity card was new, yet I was trying to pass off an outdated version of myself.

Rivers, bridges, and borders are all symbols of crossing to a new state of being. My old identity worked that evening and got me to the meeting, but it was the last time.

It’s easy to fall back into old patterns, thoughts, and beliefs rather than questioning whether they’re still valid (or ever were). That’s what my quest was about. Spirit has a way of reminding us to question the stories we tell ourselves about who we are and where we’re going. Sometimes, the message is subtle; other times, as with my border crossing, it’s vivid and definitive. Still, the meaning didn’t sink in for two weeks, and then it was unmistakable.

So it’s time to update how I view myself and how I operate. Old ways of being no longer work to get me to my destination.

Watch for the signs. If your identity’s due for a refresh, they’ll be there.

What “aha” moments have you had recently, and how did they come about? Tell us in the comments.