Recently I was interviewed by Adventure Rider Radio about Crash Recovery. It’s not something I’d expected to be known for. We were talking motorcycles but what impressed me yet again as I listened to my conversation with Jim Martin, is that crash recovery is really about change management. Have a listen. My segment begins around 1:24 minutes. 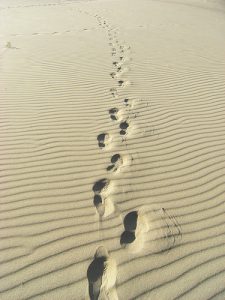 Whether we’ve had a tip over or a get-off, losing control of our motorcycle and greeting the road are not activities any rider aspires to. Both can rattle our confidence and make us question ourselves. No one expects either one to happen to them.

When we can prepare for change, it’s easier to manage than when we don’t see it coming. But once the event happens, it’s done. You can’t change it.

What we can control, however, is how we move forward. Depending on the severity, our plans can change dramatically in seconds, and they change the lives of those around us as well.

The process by which we respond is no different to other life crashes—serious illness, illness of a friend or family member, job loss, divorce, family conflict, financial changes, or death of a loved one.

Whatever the crash, we’re now at a new baseline. We can choose to stay there and wallow in self-pity, or we can decide how we’re going to rebuild our life.

It may take time, it can be arduous, and we may need help to get back on our feet, physically, emotionally, and spiritually. But no one else can do it for us.

We can’t control many events that affect us and initiate change in our lives. What we can do is choose how we respond. All it takes to get going is that first wobbly step. And then the next. And the next.

Although there may be setbacks in our crash recovery, each step makes us stronger, in ways we couldn’t have imagined.