Crashed! 7 Things I Learned from MAC

It’s a sickening feeling. A sudden blackout and then the only perceptible movement is a spinning wheel. My computer crashed. All the work I’d poured heart and soul into for 9 months (as long as I’ve had the MAC) was gone. At least that’s how it felt. 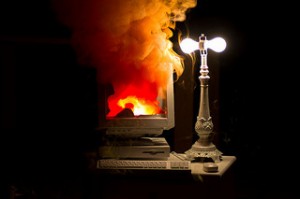 In reality, it wasn’t quite so bad – but then things rarely are as bad as we make them out to be. Most of my work was backed up, except for a few documents and the podcast I was editing. And the software.

Still, it’s disconcerting to see how assets can vaporize in an instant. Drastic actions demand attention – and this one had caught mine. There was no doubt in my mind there were lessons for me, if only I could see them.

Crashed: 7 things I learned from my MAC

Life continuously throws us curve balls. It’s how we learn, and as long as we’re here, school’s in session. Within the upset and disruption of the vivid lessons that make us sit up and take note, are gems of wisdom and strength. All we have to do is see them.