Listen, chat with, learn, and get inspired by Fulvio at the Power of the Road online conference, April 7 to 11, 2014.  His story will make you reconsider your use of the word “impossible.”

Fulvio Marotto has the distinct honor of being the world’s first quadruple amputee to hold a driver’s license. He needs it to ride his KTM, Honda and Ducati legally in his native Italy. 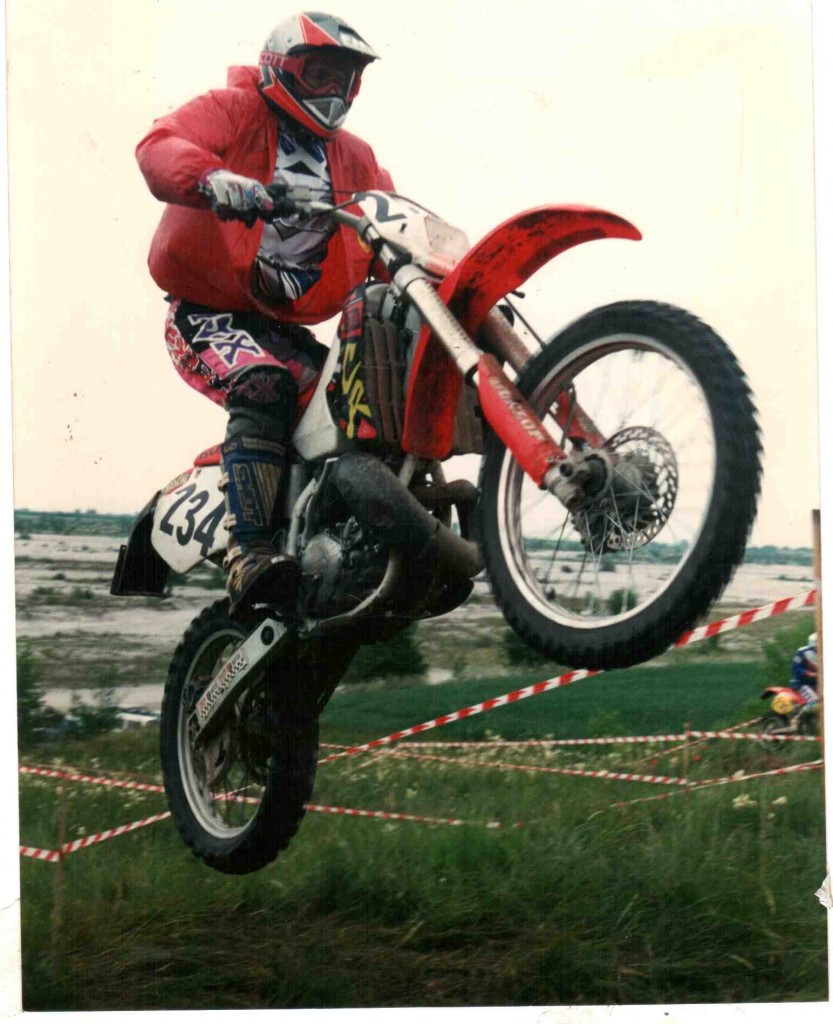 A mechanic by trade in his native Italy, he was a champion motocross rider and all-round athlete. He likes sports that have a lot of risk because they work your mind as well as your muscles.

Ten years ago, in his mid 30′s, a rare blood disorder resulted in doctors amputating both hands and both legs below his knees to save his life. Throughout his one-year hospital stay, through seven comas and three calls to the priest, he was focused on getting back to his life before his illness—on being able to ride his motorcycle again. 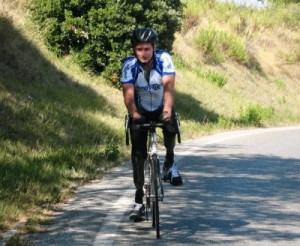 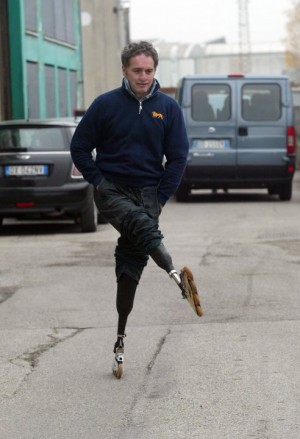 He refused the prosthetics the doctors recommended and set out to design his own. He needed devices that would allow him to return to the same lifestyle he enjoyed before his illness. There were no shortage of challenges, not the least of which were convincing friends and family that he was going to return to a normal lifestyle.

The first step was designing new legs, because that gave him mobility and independence. They needed to be comfortable, durable and functional. Having legs allowed him to then work on devices that would enable him to ride his motorcycle. Next came the hand controls. He devised a method to works the brakes with his right hand and shift with his left. These designs are transportable so that within ten minutes, he can transform any bike into one that’s street legal for him to ride.

One of his greatest challenges and proudest moment was getting his driver’s license back again. He needed to prove that he had the confidence and security of having total control of the motorcycle.

Fulvio continues to work full time as a mechanic, working on his inventions in his spare time. His concept of customizing prosthesis to lifestyle is innovative. And there are other benefits to his designs, such as the gearing he designed so he could operate the motorcycle. It increases available power and is catching the attention of racers. His ideas have made such a difference for him in allowing to do almost everything he could do before his illness, including downhill skiing and swimming.

Fulvio has a wonderful 23-yr-old daughter called Martina, who often skates with her father.  He only wants to be seen as normal, not superhuman or even worse, a disabled or unlucky person.

But he really wants to run and beat Paolo, his friend from childhood.

Fulvio’s story aired on the Discovery Channel and you can watch the clip here. Go to the March 4, Part 5 episode.

Fulvio says, “The impossible doesn’t exist. It’s created in our mind. If something is impossible, it’s because we simply didn’t try, not because it’s not possible.” 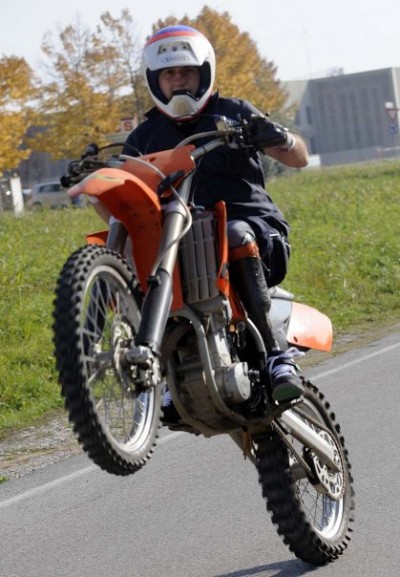