One life-changing event shaped my whole year— a motorcycle accident on a beautiful, clear, sunny late summer morning. With the twisted wreckage of my bike lying against the embankment and my left arm dangling inside my jacket, I knew my road was irrevocably changed. 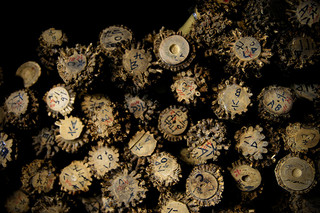 Odd as it may seem, the whole experience has been a gift of a most unusual nature. It’s illustrated poignant life lessons in vivid, sensory detail. None of these are new or earth shattering, and are in fact reminders rather than new lessons—reminders to live with each day. Learning to appreciate present moment will make each of these easier to live.

These life lessons are not news flashes to most of us. However just as we go through school, the lessons become more difficult and demanding as we go through life. Learning them provides us with a sense of fulfillment and prepares us for greater things.