Listen, chat with, learn and get inspired by Paul at the Power of the Road online conference, April 7 to 11, 2014.

Paul Pelland discovered his calling in 2012 at age 44. Diagnosed with Multiple Sclerosis (MS) in 2005, he’d pretty much given up his passion for long-distance riding. Then he had an epiphany on a ride back from Jacksonville, FL. “I once was told a cure for MS was a million miles away,” he recalled, “so I figured I would just go get it and bring it back.” 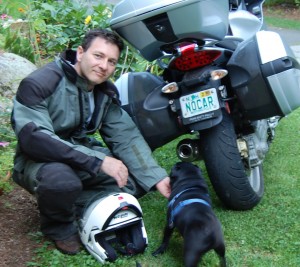 He was diagnosed with Relapsing Remitting Multiple Sclerosis (RRMS) after experiencing weakness and loss of dexterity in his hands, short term memory loss and other cognitive problems. He now deals with spasticity, numbness, muscle weakness, fatigue and bladder issues on a regular basis. Although hot weather exacerbates his symptoms, he’s grateful that medications have reduced new brain lesions and slowed the progression of his disease. 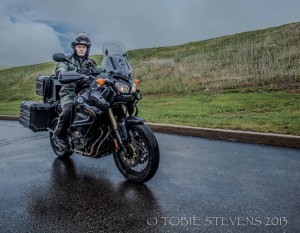 Paul’s mission is to document one million motorcycle miles riding with Multiple Sclerosis, for Multiple Sclerosis in what he’s called the Endless Road Tour. He’ll accomplish that through an odyssey of motorcycle adventures, including endurance rallies, extreme rides, and attempts at setting a few motorcycle endurance records. At the same time, he’ll reach out to others along the way who have also been dealt tough challenges in life, to help them recalculate their life’s road. 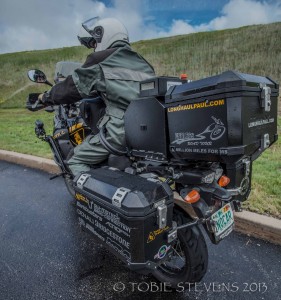 Paul’s first attempt at setting a world record was successful, riding 1,000 miles in under 24 hours on 100 different motorcycles. In 2013 he spoke at Americade in Lake George, NY and is on the roster again this year. He was invited to the Aerostich 30th anniversary Rally in Duluth, and the AMA Vintage Motorcycle Days. Through the MS5000 motorcycle challenge and his first world record, Paul raised nearly $30,000 for MS in the first 10 months of the Endless Road Tour. 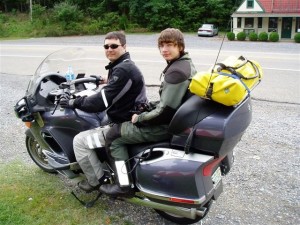 Paul stopped competing in endurance rallies in 2003, but continues to commute and ride every day possible regardless of the weather or season. In addition to his full-time work as an Assistive Technology Specialist, he’s a columnist for ABILITY Magazine, freelance writer, advocate and motivational speaker for MS and at motorcycle events across the country. Read more about Paul’s exploits on his website Long Haul Paul.