Listen, chat with, learn, and get inspired by Christa at the Power of the Road online conference, April 7 to 11, 2014. Christa will share her wisdom on the importance of focus, especially while navigating change.

Christa Neuhauser is the publisher and editor-in-chief of RoadRUNNER Touring & Travel, an international motorcycle magazine dedicated to serving active motorcycle enthusiasts by providing them with a comprehensive resource of national and international tours, exciting and picturesque new places to ride, and valuable information on new motorcycles and products to enhance their riding experience. 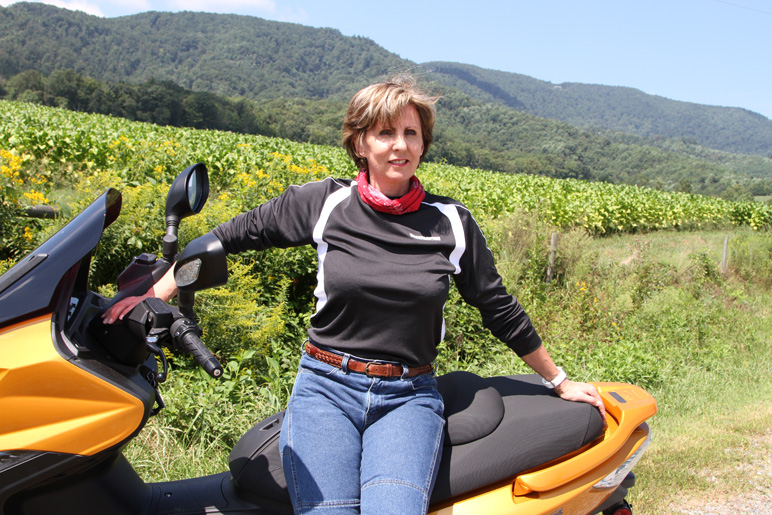 Originally from Austria, Christa grew up chasing down the slopes of the great Alps on skis. In time, however, and following the lead of several friends, she quickly discovered the pleasure of riding through those endless pass roads, as well as the Dolomites and other parts of Europe, on two wheels.

Having always enjoyed traveling, Christa and her husband, Christian, were enthralled with a tour they read about in a German motorcycle monthly that featured Highway 1 in California. Shipping their bikes from Austria to Los Angeles, they spent two weeks riding from California to Canada along the coastal highway. After a second trip two years later, and the motto “you only regret things in your life that you don’t do,” they relocated to Winston-Salem, NC, with their two sons in 1999

Professional photographers by trade, Christa and Christian took every chance they had to travel by motorcycle and looked to American journals for inspiration on riding and touring ideas. Not able to find any that catered to touring, Christian began researching the publishing industry. Despite some initial reservations about their limited experience in the field, English not being their first language, and finances, Christian became hooked on producing a new periodical. His enthusiasm was contagious, and he convinced Christa that the only way to find out if they could make it work was to try! In the spring of 2001, they launched their first issue of RoadRUNNER Motorcycle Touring & Travel, which was well received from the beginning.

Life hit Christa brutally when she expected it the least. In 2005, she lost Christian in a fatal sidecar accident. That put her life on hold for a time, but Christa decided that with the support of her two sons, Manuel and Florian, and a dedicated team by her side, she would continue to build upon the vision and enthusiasm for touring that she and Christian shared.

For Christa, the road is the destination. Dancing through the countryside on two wheels, feeling the motion and the wind pressure, experiencing the smells of the season, the warm sunshine, the humidity of the nearing rain, the changes in temperature, the aroma of freshly cut grass, or the fragrance of the trees and flowers are the pleasures of riding.

Today, on the crest of its 13th anniversary, RoadRUNNER is firmly established in the American motorcycle world and enjoys widespread support from both readers and the motorcycle industry in general. As the largest touring magazine in North America, RoadRUNNER is the only publication that includes tank bag maps and GPS files for the tours. Six times per year, a loyal readership enjoys both print and digital travel articles, motorcycle and product reviews, and industry news and updates as well as world-class photography and a website full of touring resources. 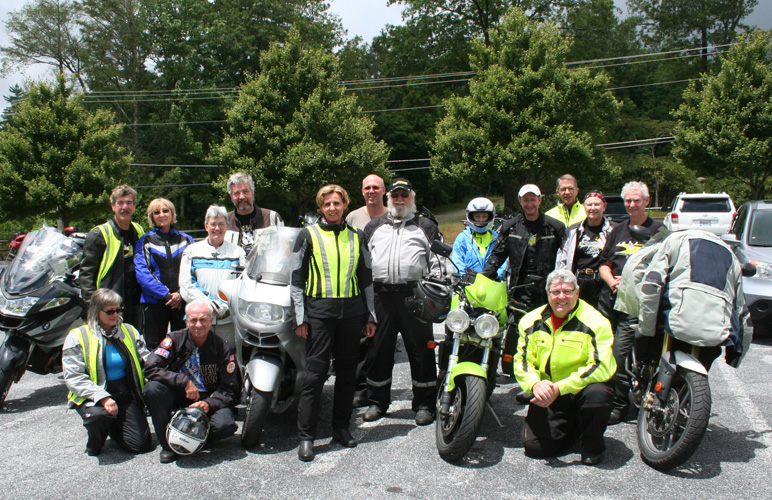 In addition, RoadRUNNER sponsors organized intimate vacation tours; and a yearly Touring Weekend (in memory of Christian) welcomes anyone with a passion for motorcycles and fun to participate in the camaraderie, riding, and summer activities. 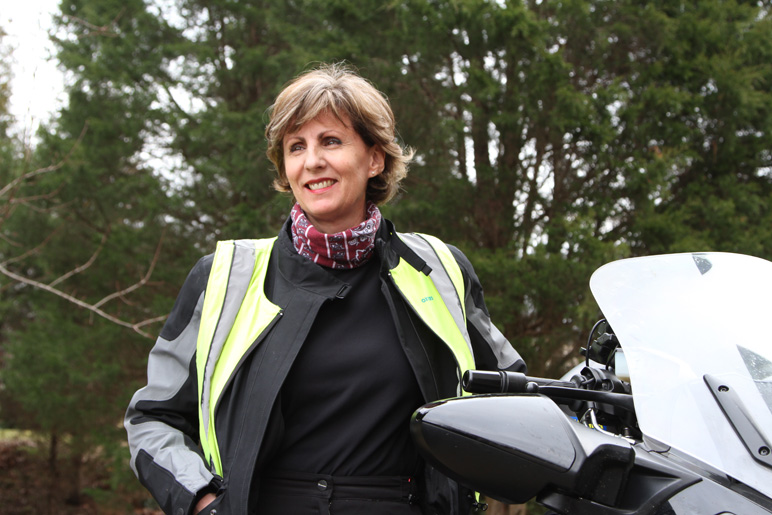 With Christa on the throttle, RoadRUNNER remains true to the passion and ideals that it was founded on.