Learning How to Live from Being With the Dying

In my last post, I talked about infinite possibilities and having priorities rearranged by events beyond our control. I’m grateful to have taken time to spend with my dad in what would be his last days. No one could have predicted how things would unfold, or the journey he would take me on. As painful as it was, it was precious beyond words. 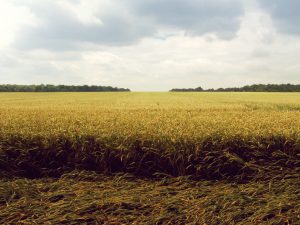 My dad passed very peacefully back to Spirit on October 5, 2017. During the 26 days he was in hospital, dancing between worlds, he taught his family much about loving, healing, living, and dying.

This summer I was honored to accompany him as he visited the lands in Alberta where he’d lived as a child. Back to where he felt innately at home— on the prairies with their openness, vastness, and grain farms. Returning to the land. Meeting the descendants of people who had been instrumental in his and his parents’ early life in Canada. He was alive, and vital, knowing his life had come full circle.

The best part of the trip for him was in Beaverlodge, where his father Johann, had died when dad was two years old. Dad longed to see him again and knew Johann and his mother Liese would be waiting for him with open arms when it was his time.

Shortly after returning, dad became ill and was eventually hospitalized. Initially, doctors told us he’d require two or three days of treatment before returning to his home. His illness worsened, however, and even the doctors were astounded at his resilience in pulling through that first week.

He worked diligently at learning to swallow without choking, and taking his first tentative steps with a walker. It reminded me of the determination he’d shown to get his mobility back after breaking his hip less than two years ago.

At some point, perhaps when he realized he wouldn’t likely recuperate to the point where he’d be able to continue living on his own, his fight for independence took a different tack.

He focused his attention on wrapping up his life. He made sure we understood he was never going to long-term care. It required making choices on his behalf—decisions as a family we wrestled with, even though he’d made his wishes clearly known months earlier.

“I trust,” he said, his voice barely audible, yet stronger than ever.

He had time to say individual good-byes to his family. We had extraordinary moments to tell him how much he was loved and appreciated. Other than as an infant, for the first time in his 91 years, his role had switched from caregiver to care-receiver. His smile came from his heart and lit up his whole countenance. Even when words were becoming scarce, he told us he was happy and thankful. As painful a time as it was, it was also one of peace, filled with grace and light.

We were sacred witnesses and participants during his end of life journey.

Gradually his body shut down. My brother Robert stayed with him as I and my niece Andrea stepped out of the room for a few minutes to use the restroom. On the way out, I stroked his leg and told him “I’ll be back in a few minutes, dad.” When we returned, he’d gone.

He alleviated the invariable stress of mourning over a decade ago by preparing his life story, preplanning his visitation and memorial service—complete with explicit instructions, including, “Keep it brief.”

He valued simplicity, honesty, compassion, and standing up for his beliefs, even if he stood alone. In his living and his dying, he showed us what was important. His was a life well-lived and his legacy will live on forever.