lizjansen Posted on May 29, 2014 Posted in Life Lessons from Motorcycles, Personal Growth No Comments 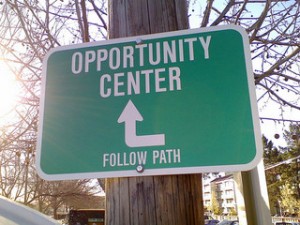 Finding yourself mired down by catastrophic events is not where you’d expect to find gifts. Yet these life-changing events, which strike out of the blue, can produce the most profound treasures. Gifts aren’t as easily recognizable when all is going well, nor do they have the same significance. Requiring great inner strength, the ability to turn hardship into opportunity, initiates widespread change.

Who would think that a quadruple amputee could ride a motorcycle again‑ and legally! Yet Italy’s Fulvio Marotto set out to do that and succeeded. The prosthetic devices he’s designed and manufactured are superior to those which were available and are now getting the attention of celebrity amputees. Plus he’s touching lives through his courage and determination.

Veteran paratrooper Trapper Cane suffered a near fatal parachuting accident that left him permanently disabled. After two years recovering in the hospital, friends brought him a motorcycle, helped him on, and he was out of the hospital and off on a long-distance ride. No longer actively serving in the military, he now serves through motorcycling—by helping other veterans heal from physical and emotional scars.

Paul Pelland discovered his calling at age 44, after being diagnosed with Multiple Sclerosis (MS), and while on a motorcycle trip home from Florida to his home in New Jersey. He talks openly about the epiphany during that ride that inspired him to recalculate his road as a result of his illness and disability. He’s vowed to ride 1,000,000 miles with MS, for MS and is dedicated to helping others face their life challenges. He challenges people, asking them to think what they’re going to do to when they break down in the middle of a ride as his Ural motorcycle did many times. He then takes it one step further asking them how they’re going to finish their ride. Leading by example, he inspires other to take that next step towards their destination, no matter how small or seemingly insignificant it is.

Take a few moments to reflect, particularly if you’re going through a rough time. Rather than focusing on how bad things are, look for the gift. It’s there. Learn from these role models and take even one small step to use that gift. You too can turn hardship into opportunity.