5 Ways to Manage Fear and Be Successful

lizjansen Posted on May 21, 2014 Posted in Adventure, Leadership No Comments Tagged with , fearsuccess

No one is immune from the presence of fear. Talk to any one of the speakers from the Power of the Road conference, and they’ll tell you there are times they are terrified. What’s different about these leaders, is that they’ve learned to manage fear, walk through it as Debbie Evans says, and use its energy constructively. 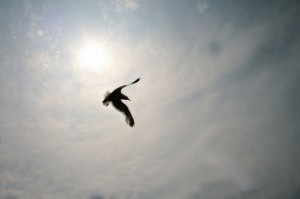 Carla King talked about leveraging fear and restlessness and using that energy creatively. She learned that lesson early on, in a pivotal experience where she chose to move through her fear and go on a solo motorcycle trip through Europe. That trip changed the entire course of her life, and taught her how personally enriching it is to accomplish something you thought was outside of your scope.

Ana Forrest knows all about terror and deep seated fear, imprinted at an early age through abuse and addictions. Now she’s a healer, traveling the globe with her innovative yoga practices. She says that even in the horrible experiences, there is something worth keeping somewhere. There is always a lesson. Always a gift.

“If you’re afraid to do something, than do it afraid.” That’s what Laura Klock says. She looks back at times when she’s done something that’s scared her, and wonders, “What if I hadn’t done the thing I feared?” Where would I be now? It was fear of letting others down, not fear of speed that plagued her before she went out and set her first land speed record at Bonneville. That race changed the course of her life.

Rene Cormier began his round-the-world trip full of trepidation as he approached the border leaving North America and familiar turf. He now looks back at that and wonders what all the fuss was about.

Fulvio Marotto is a quadruple amputee. Throughout his one-year hospital stay during his illness and recovery, he was focused on returning to a “normal” life, not fear. “The impossible doesn’t exist,” he says. “It’s created in our mind. If something is impossible, it’s because we simply didn’t try, not because it’s not possible.”

Next time you feel that familiar resistance in response to an opportunity, consider what’s on the other side of that resistance. Know that the decision to go there is yours, and when you arrive, you’ll wonder what took so long.
photo credit: PepOmint via photopin cc