24 Picks for a Santa Motorcycle

Only 3 more sleeps till the big day! Just wondering – if Santa rode a motorcycle, what would it be? We’ll never know for sure because we have to be asleep when Santa arrives, but it’s fun to speculate. 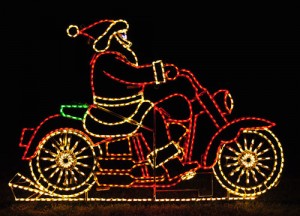 We posed the question during a recent chat I facilitated on Motorcycle Mojo Magazine’s FaceBook page.) Lots of great ideas! What do you think would make a good Santa motorcycle?

24 Picks for a  Santa Motorcycle

2 Comments on “24 Picks for a Santa Motorcycle”