Back to the Books: Ukrainian Steppe to Alberta Prairies

Last month I described the sensation of timelessness as I walked on rocks formed hundreds of millions of years ago. This month, it’s back to the books! (Read Newfoundland: Keeper of Stories in Stone) 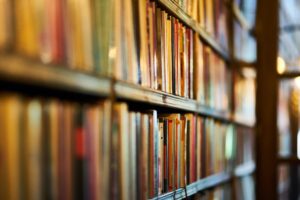 This time, I’ve landed in an academic world and am exploring the present from the lessons of the more recent past. I’ve begun Graduate Studies at York University in Toronto. My goal is to understand how my ancestors related to the lands they lived on over the past centuries and the beings, human and other, they shared it with. What wisdom do they have to teach me that I can share in today’s world?

This has fascinated me for decades as those who have read Crash Landing can attest. Although I thought I was done digging in the past , it was not finished with me. I’m continuing that work further back in time and in more depth, with scholarly expertise and guidance.

This two-year Master’s in Interdisciplinary Studies involves three areas of study: Canadian History, Mennonite Studies, and Women’s Studies. My job is to integrate them into meaningful stories we can all learn from. Already, two courses, Mennonites in Imperialist Russia and the other in North American Indigenous History have opened my eyes to events I had little awareness of.  I’ll explain the connection in later posts.

The experience you will hear is not the experience of all Mennonites. Also, Mennonites are NOT the same as Amish, Hutterites, or Doukhobors. They arose of the Protestant Reformation in the mid 1500s in what is now the Netherlands. From there they scattered in many directions, to avoid persecution, like getting burned at the stake. Looking for lands where they could live by their values and achieve economic sustainability, Mennonites ended up all around the world. Best available 2015 numbers show more Mennonites living in Africa in than in North America (GAMEO).

Along with others, my ancestors migrated to Prussia/Poland in the late 1500s and early 1600s and stayed for more than 250 years. Over time they did well economically but by the late 1700s, their refusal to bear arms led to an irreconcilable value conflict with the government. Although many Mennonites stayed in Poland, my “people” responded to the call of Catherine the Great as she cast a wide net in Europe to populate Russia. The lands they called home for more than a century were on the Ukrainian steppe now facing annexation by Russia. There they remained until immigrating to Canada and the Alberta prairies in the 1920s after the Bolshevik revolution.

Why Study This Now?

First of all, it’s a calling that I was happy to accept, starting with a walk in Writing-on-Stone-Park in 2019. (Read: Taking the Backward Step to Move Forward in 2020)

We’re shaped by the stories we’ve been told, stories that have been passed down through the generations from before we were born. Over time, however, we, and those who have gone before, unintentionally and unknowingly, construct new stories and myths to protect ourselves and justify our choices. It affects how we treat each other, other beings, and the environment.

For a whole host of reasons, when we look back with an open mind, we see things we didn’t see before. Now more than ever, it’s urgent that we learn from the past to make a difference today. Then, we need to act.

All we have to do is our part. We have the answers in us. Our ancestors have given them to us if we but listen. They didn’t always have it right. We don’t all have to dig back like I’m doing. I’m sure my ancestors, and others, will be happy to share their stories. And I’m happy to share what I learn. We have access to more information than we ever did and so much is waiting to be heard.

For now, it’s back to the books!

4 Comments on “Back to the Books: Ukrainian Steppe to Alberta Prairies”